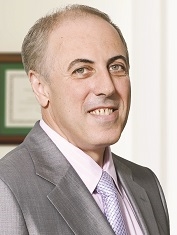 Doubinsky & Osharova is one of the most respected Ukrainian IP boutiques that continue to sustain market recognition. The Agency has a highly skilled team, whose professionalism is based both on deep knowledge of world practice and its own experience. The main principle of working with clients in the Agency is building strong trust based on efficiency. Doubinsky & Osharova offers professional, speedy and responsible servicing of clients in the sphere of intellectual property rights in Ukraine and abroad. The Agency has the trust of big foreign corporate clients and international law firms, as evidenced by fruitful long-term co-operation.

Doubinsky & Osharova has a strong team of IP professionals who are highly motivated and grow professionally from year to year.

The Agency provides a full range of intellectual property services, from assessing the chances of objects’ registration to creating a strategy for IP portfolio, from monitoring violations to the development of a full-scale strategy for the protection of rights:

Parallel imports recently became a topical issue for discussion between various economic sectors. While legal practitioners trend towards its analysis in the light of applicable laws, business executives try to find ways to minimize the potential harm for enterprises or benefit from thereof.

The international business environment dictates quite defined conditions for having successful business connected with external trade, and has acquired extensive experience in interpreting the parallel imports issues and resolving problem issues. Ukraine, a relatively young market with multiple challenges, has yet to learn, analyze and decide which practice to adopt.

The issue of parallel imports is inseparably connected with the “Exhaustion of IPR” concept, which defines the extent to which IPR holders can control the distribution of their branded goods. In simple terms, as soon as the IPR holder sells a branded product in certain region or jurisdiction, further resale of the same product in this region or jurisdiction shall not be prohibited. The exhaustion of the IP right to that product in such way occurred at the first sale.  According to established practice and terminology, exhaustion of IPR is divided into three groups:

1. National Exhaustion: only trademarked goods which are previously exhausted may be resold in the boundaries of one state;

2. Regional Exhaustion: the same as above, but the state is replaced with a region (for instance, European Union);

3. International Exhaustion: previously exhausted trademarked goods are allowed to be resold in the countries or region other than the place of origin (adopted in the US).

The term parallel imports itself is clearly defined by international organizations and associations dealing with the protection of intellectual property rights (IPR).

The WTO  glossary  gives the following definition for parallel imports: “when a product made legally (i.e. not pirated) abroad is imported without the permission of the intellectual property right-holder (e.g. the trademark or patent owner). Some countries allow this, others do not.”

Under EU law, parallel imports are products imported into one Member State from another and placed on the market in the destination Member State, outside the manufacturer’s or its licensed distributor’s formal channels. Parallel imports in the EU are treated from the point of view of the regional exhaustion doctrine.

The International Trademark Association (INTA) gives due attention to the subject issue and may be considered as one of the most important contributor to an international discussion. INTA’s definition refers to branded goods that are imported into a market and sold there without the consent of the owner of the trademark in that market. The goods are “genuine” goods (as distinct from counterfeit goods), in that they have been manufactured by or for or under license from the brand owner. However, they may have been formulated or packaged for a particular jurisdiction, and then are imported into a different jurisdiction from that intended by the brand owner.

INTA’s position in this respect is quite clear: Association advocates the national (or regional) exhaustion of trademark rights and supports the principle that international exhaustion should not apply to parallel imports in the absence of clear proof that the trademark owner expressly consented to such imports, and that the burden of proof should be on the party seeking to prove such consent.

In Ukraine parallel imports as a legal term does not have a definition. In view of establishing external trade relations involving foreign investors and overall development of the national economy, it is critical to define a position and approach to treating parallel imports, its prevention or adequate regulation.

Within commercial relations parallel imports lead to a conflict between dealers (being often official licensees) and distributors. As regards the manufacturer, it faces a dilemma: to enlarge sales volume in the country at any means or to facilitate the dealer’s presence on the market.

One of the most striking examples for such controversial concurrence of the official and parallel imports is the automobile market of Ukraine. The Ukrainian Association of Automobile Importers and Dealers (UAAID), founded in 1999 with the aim of protecting the interests of local manufacturers and official representatives, recently addressed various government authorities with propositions on prohibiting parallel imports of vehicles to Ukraine. However, no significant announcement of such efforts followed.

According to international practice, not all IPR holders and manufacturers are resolutely against the parallel imports as a general phenomenon. Taking into consideration that the goods are not counterfeit, an income from their realization is in any case received by the manufacturer. However, official dealers and distributors, being obliged to involve investments for promotion and advertisements of the product and also well bound by demand to ensure high quality service, are often outbid by rather competitive prices offered by parallel importers. Diverse standardization and quality of goods for different markets and regions, obligation to ensure a warranty service, which is impossible for parallel goods are also among the challenges which official representatives have to face.

The most problematic situation, which is caused by an absence of proper tracing of parallel imports, is their frequent transformation into counterfeit imports, a widely applicable practice in markets with an emerging economy. The scheme for such transformation is, as a rule, quite simple: a distributor wishes to import original goods bypassing the official channels at a certain moment faces ability to import counterfeit goods, manufactured as a rule in South-East Asia, which are significantly cheaper. Commonly, such counterfeit goods are first mixed up with the original products. Within a certain period of time parallel imports shift to counterfeit imports. The outlined problem is very typical for Ukraine. According to some pessimistic research that has been carried out, the percentage of “grey” goods in the national electronics market may be 35%.

Ukrainian legislation establishes several preventive measures enabling effective control over goods containing IP objects which cross the Ukrainian border. The Customs Code of Ukraine defines counterfeit goods (infringing goods) as goods containing IP objects, which, if brought into/from the customs territory of Ukraine, cause violation of the owner’s rights protected by current Ukrainian legislation and international agreements to which Ukraine is a party.

The duly registered IPR holder may limit the circle of persons authorized to import branded goods by means of recording the IP objects in the Customs Register. Such preventive measures are also helpful in terms of monitoring the bordering markets and are an important part of effective portfolio management. However, while implementing the above, the IPR holder should bear in mind that besides the bulk importers a part of the Ukrainian parallel market is filled by private individuals operating in border regions. Such minor relocation of goods is generally related to foodstuffs, household products, perfumery, cosmetics etc.

Ukrainian legislation does not provide clear standards regarding prohibition of parallel imports or their authorization. Upon analysis of briefs of various roundtables, conferences and debates it is clear that the problem should be resolved by lawyers in unison with economists, as the determining decision will most likely have a significant impact on the national economy.

Taking into consideration Ukraine’s continued efforts to integrate into the EU community, it would be rather reasonable to adhere to the European approach of resolving the problem of parallel imports.

The stressful environment, caused by unregulated parallel imports mostly affects local businesses. On the one hand, it is important for corporations to fit into the framework of existing legislation. On the other hand, it is rather material to react promptly and adjust to any market movements.

Taking into consideration the absence of government regulation it is reasonable to set certain boundaries, standards and rules at the corporate level. Obviously, market players have two options to choose from:

— allowing parallel imports: this leads to an increased general sales volume on the territory. In such case it is crucial to step up measures related to fighting fake goods;

— prohibiting parallel imports: will lead to an increase in the official distributors’ quota on the market.

Although the issue of parallel imports in Ukraine is unregulated, national legislation already contains possibilities to protect and defend IPR effectively, and has capacities for harmonization with EU laws.

In the meantime, and during transition periods, market players shall be more active in developing and adhering to functional, accurate and consecutive internal policies in relation to parallel imports.