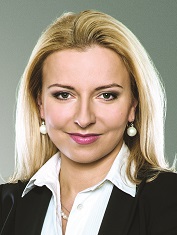 With international capacity through relationships established with independent law firms, CLACIS is able to offer clients high-quality advice on competition law matters in a number of jurisdictions

Services include all aspects of competition law:

— Representing clients before antitrust authorities of Ukraine, Russia, Kazakhstan and other  CIS countries in investigations, audits and in handling cases on infringement on abuse of dominance, cartels, etc;

— Negotiating reductions in fines as well as possible immunity in leniency cases;

— Supporting regulatory aspects of transactions, in particular regarding obtaining merger control approvals of antitrust authorities in Ukraine, Russia, Kazakhstan and other CIS countries;

— Preparing legal opinions on various competition law matters, including with regard to the qualification of actions (cartels, anticompetitive concerted actions, abuse of dominance, unfair competition) and related risks, compliance of clients’ contracts and other documents with competition law;

— Conducting legal due diligence of companies for compliance with competition law;

Traditionally the main enforcement activity of the EU authorities on the pharmaceuticals market is removing obstacles to parallel trading. Let’s consider what this is and whether the same approach is necessary for enforcement in Ukraine.

In terms of parallel trading the following are usually the issues — dual pricing, i.e., different pricing for different countries, limitation of  supply quantity — is limitation on supply of product to one country in order to ensure that only local demand is met and there is no resell into other territories.

Both of such matters have been closely monitored by the EU Commission and regulators within member states. In its recent investigation of the pharma sector the Antimonopoly Committee of Ukraine has also raised the issue of parallel sales, among other issues.

It is understood why the EU regulators are monitoring and fighting such matters to ensure competition within the single EU market, namely free movement of goods without barriers to enter the market of other member states, but let us think how this concept is applicable to the Ukrainian market and where the powers of the Ukrainian regulator in this regard actually reside.

Before going into a more detailed assessment let us first discuss the concept of parallel trading restriction, its history and its impact on the market as such.

Parallel imports under EU concept are “products imported into one Member State from another and placed on the market in the destination Member State, outside the manufacturer’s or its licensed distributor’s formal channels. Parallel imports tend to occur when price levels for similar products between two Member States are significantly different, either as a result of national regulations or of manufacturers’ policy. That creates an incentive for traders to buy products in the Member State where they are priced lower and sell them in the Member State where they are priced higher, at a price which allows the trader to make a profit. (Commission Communication on parallel imports of proprietary medicinal products http://europa.eu/rapid/press-release_MEMO-04-7_en.htm?locale=en)

The history of parallel trading is also very interesting. The concept started at the pharma market in Europe. The first parallel traded drug was imported from UK to the Netherlands in 1975. The drug has been approved for sales in both countries, but the importer did not have proper marketing authorizations in the Netherlands because according to him he was refused to be provided by such. The matter went to court and finally the European Court of Justice ruled in favor of the importer saying that restriction of parallel import within the single market is not acceptable. Following this the European Commission issued special regulation on how the marketing shall be done properly in such cases. The importer started his small business of re-selling pharma products from low price EU jurisdictions to high price ones and very quickly made a fortune out of it. This is how the concept of parallel trading has been established.

Consumers claim benefit from this policy — namely, they argue that parallel imports in the market results in patients having access to lower-cost drugs. This is of particular benefit in countries with lower GDPs or in countries where patients pay for their own drugs. From the perspective of the pharmaceutical company, parallel trade reduces its income from higher-value markets, which cuts their return on investment and, therefore, the amount they can invest back into the development of new drugs. This in turn, potentially reduces the investment the companies make into R&D and development of new drugs. Thus, the pharma companies in the EU use the efficiency analyses which were targeted to demonstrate that the limitation on parallel trade within the EU is justified by additional investment made by the companies into R&D activities. The dispute of the regulator was whether indeed there is a link between the two and whether such efficiency claims are justified. In Ukraine most of the pharma companies operate through sales exclusively. Its means there are no assets located within the territory of Ukraine and hence most production and R&D activities are done outside of the territory of Ukraine. Therefore, any efficiency claims in this regard would only be indirect for the local market if at all necessary taking into account the above analyses.

There is the opinion that “initial price-setting levels are established in light of market conditions in specific national markets so that patients in those markets can have sufficient access to the medicines they need. Parallel trade upsets this delicate equilibrium designed to meet patients’ needs for timely access to medicines,” says Noehrenberg. The patient also brings a perspective to parallel trade. In a discussion about ethics, a number of presenters and delegates reported patient concerns, including drugs that arrived in boxes with foreign language text; tablets that have different colors, shapes, or doses; or blister packs with labels over the foil that made the packaging harder to handle for older patients with less-nimble fingers. (An Introduction to Pharmaceutical Parallel Trade in Europe http://www.lifescienceleader.com/doc/an-introduction-to-pharmaceutical-parallel-trade-in-europe-0001)

All this can happen in case of parallel trade in drugs outside of the properly authorized for marketing jurisdiction. Not to mention that in many countries like Ukraine, for instance, the law obliges providers of pharma products to the market to have a special license, which is restricted to the territory of this country.

Basically the reason why the EU regulator rule against restriction of parallel trading exists is that this concept may result in partitioning of the market and restriction of intra-brand competition (competition within one brand).  This conduct is thus perceived by EU regulators as one that divides the common market. May we thus assume that the parallel trade limitation will only be applicable to the single market and then how applicable are they to Ukraine, which so far is not within the single market of the EU but strives for cooperation with the EU market?

The most exemplary case will be the Gaba international AG case. In 2009, the Swiss Competition Commission imposed a fine of almost CHF 5 million on Gaba International AG, a manufacturer of toothpaste, because this company imposed an export ban on its Austrian licensee. The reason was that the ban precluded Swiss market players from purchasing products of Gaba International AG on the Austrian market.

The Swiss Competition Commission considered such ban as illegal since the Swiss market is generally more expensive than most neighboring markets and the regulator, in this way, intends to intensify the external inflow of cheaper products to the Swiss market. However, the regulator admits that the restriction on parallel trade is acceptable at the initial stage of entry of the new product to the market. Only if the product is protected by patent can the parallel import restriction be accepted. The pharma products though will have a special treatment beyond the general approach to parallel import in this case as the pricing is regulated at government level.

While patents can protect against parallel trade in other markets, it cannot be forbidden within the EU. This is because of the free movement of goods, one of the basic tenets of the EU, explained Eric Noehrenberg, director of public affairs for market access at Shire and conference chair. “The EU has established a policy of ‘community exhaustion’ of most forms of IP. This means that once a firm has put the drug on the market in any EU country, it may not prevent the sale of that drug within the EU by any other firm by claiming a violation of patent rights or trademarks, under most circumstances,” says Noehrenberg. (An Introduction To Pharmaceutical Parallel Trade In Europe http://www.lifescienceleader.com/doc/an-introduction-to-pharmaceutical-parallel-trade-in-europe-0001)

Ukraine is not yet part of the EU single market. Neither does it have such wide cooperation as Switzerland does with the EU, but certainly heads this direction to achieve it in the future. It is, therefore, understandable that the Ukrainian authority may wish to deal with parallel imports and export bans towards the Ukrainian market. At the same time, the usual way which the authority deals with this is to review local Ukrainian distribution agreements, which may impose export bans and other similar restrictions on distributors for resale outside of the Ukrainian market. Such restrictions may thus be within the jurisdiction of the Ukrainian regulator only if the product in question can be re-exported back to the Ukrainian market. In most cases this is economically and commercially not feasible. Hence, shall the Ukrainian regulator raise the issue with such restrictions? Are they not mostly outside of its jurisdiction? It is understandable though that taking into account the Swiss case outlined above the Ukrainian authority may wish to deal with cases where Ukrainian resellers are restricted from purchasing products in neighboring countries, but such cases are quite rare in our market as many products will be more expensive in such other markets than in Ukraine. And even if the matter is raised, the EU — Switzerland experience puts patent protected products outside of the general approach to parallel import restrictions (and most pharma products are patent protected, not to mention that Ukrainian competition law has a special IP exemption allowing limitation on the territory) and, finally, the prices of pharma products are government regulated and so have special treatment as compared to other products on the market. Thus, shall we perceive such restriction put by pharma producers on Ukrainian resellers as abusive considering the above case law?