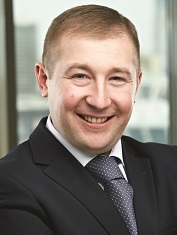 AVER LEX Attorneys at law is a highly proficient Ukrainian white collar criminal defense boutique founded by the famous Ukrainian lawyers Olga Prosyanyuk and Vitaliy Serdyuk. In 2012 they formed a powerful team of professionals with a great experience, broad knowledge, a constant desire to develop as well as a high level of responsibility and self-devotion. Thanks to common efforts and common decisions the reputation of the company was created and three key directions were identified: criminal law, litigation and taxation. Now, the AVER LEX team consists of 5 partners and 25 professionals in the law sphere.

At the beginning of the company's activity we discovered the notable advantages of the a narrow specialization. Such advantages remains significant taking into account the growing number of clients. Taking into consideration the specificity of all three practices, professionals are are working with problems at maximum focus, without been distracted by unnecessary things, and respond quickly to resolving complicated and controversial situations. But the uniqueness of projects lies in the fact that the certain experience of every member of the team is used for examining certain details of a problem.

Our clients can always count on unique strategic decisions, a real result, confidentiality, and an individual approach to every single client. That is why leading national companies, domestic and foreign individual investors, well-known business and political figures entrust the problematic issues to our specialists. The reason is that we just know the secret of long-lasting partnership relations!

Special emphasis has always been put on enhancing the criminal practice, development of efficient and effective defense strategies as protection from illegal revisions by the controlling and law-enforcement bodies according to business specificity, their negative consequences, raider seizures, pressure from law-enforcement bodies through searches, arrests and persecution, etc.

We are continuously working on strengthening our position in the legal market from year to year. Advocates of the company have held high-ranking positions in Ukrainian professional ratings of the Ukrainian ratings for many times or repeatedly, partners are recognized among the leaders in the criminal and court spheres, and the company is among TOP-50 leading law firms of Ukraine for several years in a row, year by year improving the results and holding leading positions in the criminal sphere.

Clients and colleagues know our values and constantly experience the impact of such values to communication and work results. There is nothing impossible for us and we always know what we want! That is motivation which is moving us forward!

Risk as an Integral Part of Business

As one of the key characteristics of entrepreneurship is its risky character. Generally, the running of a business is connected with many different types of risks, including risks related to the engagement of an enterprise in a pre-trial investigation of a criminal proceeding by the law-enforcement bodies of Ukraine and the process of eliminating such risks.

It is quite complicated for owners, directors (other officials ) to estimate objectively all the risks,  related to the revision of its activity during pre-trial investigation; and to take a reasonable and grounded decision in order to minimize negative consequences for further activity of an enterprise.

In fact, almost every economic operation can become an object for revision for its correspondence — to the requirements of current legislation to establish if the actions of the enterprise officials contain elements of crimes such as evasion of taxes, misappropriation (embezzlement) of property through abuse of official position, fake documents, fake entrepreneurship, legalization (laundering) of income, criminally acquired.

At the same time, actions (decisions) of officials of an enterprise do not always become the reasons for such a revision and corresponding measures. Quite often it is sufficient for law-enforcement bodies to see doubtfulness in the operations carried out with counterparts in such revision.

As the first foreboding we could mention  a request sent by the investigator with a demand to provide copies of documents, related to financial issues — relations of the enterprise with a certain counterpart  and written explanations of officials concerning these relations (fulfilled operations).

Having received such a demand, the director of an enterprise has a choice: (1) to ignore the demand of an investigator (or to give a written refusal), (2) to provide the required documents partially or (3) to fulfill the investigator’s demand in full.

Such a decision must be reasonable, based on all the circumstances of the case, taking into account the volume and character of required information (documents) as well as a form of the demand and data provided by the investigator.

Аn investigator has the right to collect evidence by demanding the information  related to the criminal proceedings from enterprises (Part 2, Article 93 of the Criminal Procedure Code of Ukraine).

As only the legal demands of an investigator are mandatory for performance, a lack of necessary information can be considered as grounds for refusal in providing the requested information (documents).

We would like to underscore that refusal to the investigator’s request cannot be based on the fact that requested documents had been transferred to the lawyers for storage.

The essence of legal practice is to provide defense, representation of the client’s interests or give other types of legal assistance to a client. Attorneys’ bureaus or associations do not provide services for document storage. Such documents can be transmitted only with the purpose  of making legal analysis and (or) using them while representing a client’s rights and interests.

Refusal to the request can be the grounds for the investigator to appeal to the investigating judge for permission for temporary access to objects (documents) of an enterprise which consists in providing a party in criminal proceedings with the opportunity to examine such objects and documents, make copies thereof and, upon adoption of the appropriate ruling by investigating judge, court, seize them (execute seizure).

In this case, not only copies of documents (previously requested by the investigator) can be seized but so can originals of such a document and even the company seal. The actions mentioned above can, in turn, lead to the blocking of business activity — for an uncertain period.

Doing Business without Cash on Accounts

An investigating judge analyzes the grounds of investigator’s (prosecutor’s) assumptions, whether  they are reasonable and whether the appeal of the investigator (prosecutor) should be satisfied.

In such cases, the investigating judge does not take into consideration that arrest of the cash on enterprise accounts leads to “blocking” of its business activity, impossibility to fulfill the contracts and commitments to employees (including wage payments).

Thus, groundless arrest of the cash on enterprise accounts can be considered to be illegal interference by the pre-trial investigation bodies in the business activity of the enterprise.

Moreover, even after determining the fact that above-mentioned unfounded measure has been taken, such a business can encounter some problems while trying to protect its rights and legal interests.

The owner of the property has the right to appeal to the court of first instance (if the appeal of the investigator or prosecutor was considered in the absence of the owner) or to appeal against such decision to the appellate court.

If  an appeal to the court of first instance is not limited in time, an appeal to the appellate court can be submitted only within 5 days from the date  when the decision of the investigation judge about the arrest was announced. For the purpose of calculation of the term, it does not matter when the representatives of the entity actually find out about the decision.

At the same time, the appeal of the investigator (prosecutor) is usually considered by the investigating judge without notification of the owner of the property. There are also no obligatory requirements for the investigation judge to send to the owner a copy of the decision. In such case, the business entity can find out about the arrest of its cash only after making an unsuccessful attempt to use them (which usually happen after some period of time has passed from the moment the judge’s decision was announced).

According to paragraph 4 Part 3 Article 399 of the Criminal Procedure Code of Ukraine the filing of an appellate complaint after expiry of the time limits leads to demission of such complaint by an appellate court. Of course, an applicant has a right to raise the issue of renewing such terms.

In such cases the court of appeal will analyze if the reasons for skipping the procedural terms mentioned by the applicant are grounded and, so, if an appellate proceedings should be open.

If such reasons are not accepted by the court as good (grounded), the owner of the property will actually be deprived of an opportunity to provide evidence for the court of the second instance to correct the mistakes made by the investigating judge.

“Сorporate Rights” as a Subject of Arrest

Very often investigators do not correctly understand the meaning of the term “corporate rights”, and that is why in their petitions they are demanding an arrest for, word by word: “statute capital (corporate rights) of a certain person” (a suspect or an accused in criminal proceedings).

The only way to avoid a situation when an enterprise’s economic activity is groundlessly limited or even totally blocked, is to state the position of the owner for the judicial bodies correctly (taking into consideration all circumstances of the separate case), take all possible measures in a timely manner to protect its rights, violated by the investigative or judicial bodies in the course of application of measures to ensure criminal proceedings.

To sum up we would like to emphasize that efficient defense requires involvement of professionals who specialize in providing legal assistance in cases of such category. Such specialists cannot only assess the potential risks related to the revision of the economic activity of the enterprise objectively, but will help to build a plan of defense to prevent the negative risks, and to form a  strategy of further actions  to lower (minimize) the interest in the activity of the business entity from law-enforcement bodies in future.