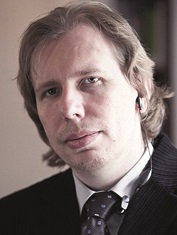 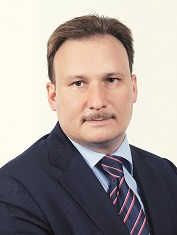 Law Offices of OMP is one of the leading legal advisors to IT, construction & development, agribusinesses, healthcare/ pharmaceuticals practice areas in Ukraine. OMP’s partners named among TOP 100 lawyers in Ukraine. Our team is included in ТОР 50 best law firms of Ukraine, LEGAL 500, bestlawyers.com — recommend Law Offices of OMP.

As a full service law firm we provide not only legal support to our clients, but also consultancy support on different taxation issues, including international and Ukrainian tax structuring, tax reviews and due diligences of business and separate investment assets.

High professional level, awareness of the latest changes and tendencies in legal regulation and legal practice gives us an opportunity to provide the following categories of services in compliance with the best standards of Ukrainian and international practice including:

— tax planning and structuring of business with application of both international and domestic tax initiatives;

— implementation with the use of corporate, contract, labor law, intellectual property vehicles;

We build lasting relationships with our clients. Our goal is to guide them through the changes in the regulatory landscape of Ukraine. We help our clients to understand the business and legal environment of the country and be successful in it.

The people and companies we work with shape our business. Our clients come from different countries and industries. We work with half of the globe and always find a common language with them. Our lawyers are fluent in Ukrainian, English, German and Russian. Our law firm has a global mind but a Ukrainian heart. Our aim is to build the largest national law firm with strong international expertise and global ambitions.

At the end of 2014 a number of laws were adopted, which significantly change the tax environment for companies and individuals, as well as establishing additional procedures, directly or indirectly affecting the tax climate in Ukraine.

The Most Significant Amendments

The On Tax Compromise Act was adopted. In particular, it is expected that taxpayers shall voluntarily declare the understatement of tax liability on VAT and income tax during any tax period before 1 April 2014 and pay an extra 5% of such illegally minimized tax liabilities amount. In this case, taxpayers will be freed from possible liability for the violations mentioned.

From 1 January 2015 almost all the preferential corporate profit tax regimes were abolished,  in particular for business hotel businesses, power industry businesses, which produce electricity exclusively out of renewable sources of energy, IT industry (in respect of the latter, a reduced corporate income tax rate of  5% was cancelled).

The basis for calculating corporate income tax was reformed: it is now determined according to accounting rules with certain exceptions (tax differences), such as depreciation, reserves, revaluation, royalty, thin capitalization of interest, payments into low-tax jurisdictions, transfer pricing, and others. At the same time, a number of existing restrictions on recognition of expenses was abolished (entertainment expenses, business trips, payments to non-residents for marketing, consulting, advertising, engineering, etc.).

Small businesses with revenue of up to UAH 20 million per year are not obliged to apply tax differences. Moreover, such businesses may use a simplified system of taxation. Generally speaking, the same applies to private entrepreneurs. The tax rates for small businesses using the simplified taxation system were reduced (2% with additional VAT or 4% without VAT).

The system of electronic VAT administration was introduced from 2015, which constitutes coverage for the VAT obligations payment by the deposit of VAT amounts to the seller's VAT-account as a condition for the recognition of VAT deduction from the buyer. A full system is scheduled to start on 1 July 2015, but a transitional period up to 30 June 2015 is also prescribed by the law. The threshold for a compulsory registration as a VAT-payer was increased: from 1 January 2015, the threshold is not UAH 300,000 but  UAH 1 million.

The basic personal income tax rates were changed to 15% and 20% (instead of 15% and 17%). The rate of 20% is now applied to the monthly income which exceeds the equivalent of 10 minimum wages (UAH 12,180). In addition, the flat rate of 20% will apply to income in the form of royalty, interest, income from investment funds and dividends (other than dividends paid by payers of income tax — to such payments the tax rate of 5% shall be applied). In addition, the object of taxation of the military duty was greatly expanded. It now covers almost the same basis as individuals’ revenue tax.

As means for combating “black” wages, on the one hand, significant penalties for violation of labor legislation were introduced, and, on the other hand, the rates of the single social contribution were reduced in the event of increasing the wages as a tax base.

A new tax was introduced too — a tax on non-residential real estate (in 2015 it shall constitute no more than 1% of the minimum wage per m2), which will be paid by natural and legal entities, as well as by non-residents who are owners of such property.

A foreign currency purchase fee was cancelled for legal entities, while the same fee for individuals was increased to 2%.

The taxation of land and resources, as well as of agricultural producers, was substantially revised.

Completely new wording was introduced in transfer pricing legislation. As a result, the scope of TP does not include all transactions between residents anymore, however the threshold amount of controlled transactions was actually decreased by 50 times.

To summarize the above amendments, we expect the government should take more resolute steps to reduce the tax burden on wages and to create a favorable climate for foreign investment. The crucial task remains: combating tax abuses and corruption of state officials, which lead to an uneven distribution of the tax burden.

Anti-offshore Сhanges to EU Directive on Parent and Subsidiary Companies: What will Change

This review contains a brief analysis of the important changes to the Council Directive of the European Community  On the Common System of Taxation Applicable in the Case of Parent Companies and Subsidiaries of Different Member States (Council Directive 2011/96 / EU, hereinafter — the Directive).

Let us remind you that in accordance with the Directive subsidiaries are exempt from withholding taxes on dividends and taxes on profit distributions in case of making payments to parent companies. This facilitated the use of arrangements within the EU solely in order to minimize taxation, by evading the national legislation of member countries.

For example, a Russian or Ukrainian beneficiary owns an operating company in his jurisdiction through a Dutch, Latvian or Luxembourg holding company and an offshore company over it. In case of payment of dividends from Luxembourg / Latvia / the Netherlands directly to offshore such dividends shall be subject to a withholding tax at the rate of 15%. To reduce the tax burden, some consultants recommended putting over the Luxembourg, Dutch or Latvian company a Cyprus or another holding company in the country, in which the dividends are tax exempt if paid to the offshore. In this case, dividends from Latvia, the Netherlands and Luxembourg to Cyprus would be tax-exempt according to the rules of the Directive on parent and subsidiary companies, and from Cyprus such payments would be tax-exempt in accordance with local legislation.

In order to prevent such practice on 27 January 2015 the following changes to the Directive were adopted:

— the above-mentioned tax benefits under the Directive shall not apply if the arrangement is recognized as not genuine;

— the arrangement is presumed as not genuine if its only purpose is to obtain tax benefits (i.e., there is no other economic feasibility of operations than obtaining tax benefits);

— unreality of the arrangement is identified through a complex study of all the facts and circumstances of its functioning;

— not the whole arrangement may be admitted as not genuine, but only some of its elements (along with application of the negative effects exactly to such elements);

— Member States may introduce tougher conditions related to payments between subsidiaries and parent companies in their national legislation compared to the Directive.

EU Member States are instructed to implement the above changes in the Directive no later than 31 December 2015.

This means that starting from 2016 tax exemptions on dividends paid to Cyprus in the example above, or to any other similar jurisdiction shall not be granted if the Cyprus company does not perform real activity and there is no economic justification of its presence in the arrangement. The Directive did not forbid countries to set their own measures to combat tax evasion. In the Netherlands such measures have started to be effectively applied since 2012, and an example of the arrangement “the Netherlands-Cyprus” is a bit outdated, but now the European Commission has obliged all the EU countries to amend their legislation providing for such measures for preventing tax evasion.

In light of the above it is worth mentioning some other anti-avoidance measures that have been implemented recently in the Netherlands. In 2014, new substance rules have been implemented. Under these rules, if a Dutch company does not meet substance requirements (decision-making in the Netherlands, administration and bookkeeping, etc.), this should be explicitly reported in the annual financial report to be submitted to the Dutch Trade Register. Considering that the majority of such reports are being prepared by external accounting and tax firms, Ukrainian beneficiaries should be prepared to receive requests from such accountants and tax advisers working on annual financial reports, to confirm substance in the Netherlands. Under general rules, such reports for 2014 should be submitted by 1 June 2015.