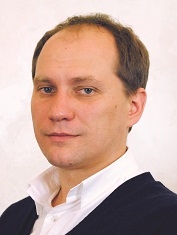 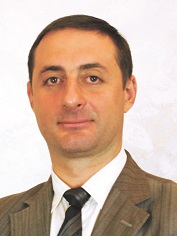 Law firm Ario Capital Group was established in 2010. Partners Julian Khorunzhyi and Alexei Voronko began their professional careers with bankruptcy and insolvency, which is now the firm’s principal field of activity. Sergey Kirichenko, together with other partners, are the co-founders of the Association of Ant-crisis Management — one of the first profile organizations acting in Ukraine. Today, Ario Capital Group provides legal services on commercial, tax, banking and corporate law, litigation, bankruptcy and enforcement proceedings.

For a short period it was possible to achieve noticeable results and gain peer recognition. Ario Capital Group has been the general partner of the Bar Association of Ukraine since July 2014. Julian Khorunzhyi (No.4 in Leading individuals of bankruptcy by Ukrainian Law Firms 2014.A Handbook for Foreign Clients), as head of the company and professional in the field of insolvency, headed the Coordinating Council of self-regulating organizations of insolvency practitioners, which brings together leading specialized self-regulatory and non-government organizations to introduce common rules and approaches to bankruptcy proceedings in Ukraine.

In 2014 the Ario Capital Group reached the “Bronze league” of Top 50 law firms in Ukraine based on analysis of key performance indicators of the legal market carried out by Yuridicheskaya Practika Publishing.

Another partner, Iryna Serbin, is developing the most progressive in the country e-trading spot project — comodity exchange Electronic Auction of Ukraine.

The escalation of the financial crisis, significant problems in the banking system, the rapid depreciation of the national currency, and many other associated factors result, inter alia, in aggravating the problem of repayment of loans granted to individuals and legal entities.

Borrowers that took out loans in foreign currency find themselves in a tight situation, especially those that do not generate foreign exchange cash.

In December 2014, the Ukrainian Parliament adopted another law that re-enforced the earlier moratorium on the seizure of property (real estate) used as collateral for foreign-currency loans. However, Ukrainian President Petro Poroshenko vetoed it, justly stating that the introduction of such moratoria does not solve the problem of foreign-currency borrowers but only suspends it.

Moreover, the replication of such moratoria implies negative effects for the future of the banking system; it by no means contributes to the resumption of lending but rather freezes it, since lending upon liquid collateral — real estate — is becoming far too risky for the reason that it will not be possible in future to foreclose on the mortgaged property.

The right way out of this situation should be the enactment of consumer bankruptcy (bankruptcy of individuals), which is to provide for the mechanisms of troubled debts restructuring or debt remission with certain negative personal “sanctions” for insolvent individuals. This is the way chosen by all civilized countries.

The development of the corresponding draft law is already under way, and its adoption this year will solve the problem not only of foreign-currency borrowers, but also of those who have taken out loans in national currency. And this means significant resources to the banking system, for, according to some data, the amount of individual borrowers’ outstanding debts exceeds UAH 200 billion.

The problem of the indebtedness of legal entities is equally significant, especially against the backdrop of the economic recession, cutback in production, increase in dollar exchange rate, lack of lending, etc.

This area has several aspects to it. On the one hand, under current circumstances banks may not find it worth starting the process of recovery by enforcement, as the value of assets, including liquid ones, pledged as collateral may often come to  than 50% of the amount outstanding. This is due to the impact of the above factors. The only exception is the case when the debtor’s current assets are put into bank accounts which can be garnished.

On the other hand, enforcement of court judgments is a quite effectless tool due to the inefficient performance of public authorities in charge of enforcing court decisions.

There are several reasons accounting for this inefficiency. The first one is inadequate legislation, namely the On Enforcement Proceedings Act of Ukraine, which provides for a sufficient range of legal or other instruments for the continuous procrastination of enforcement proceedings, also implying the possibility to influence the process of selling the impounded property. The second one is the problem of the public enforcement service (bailiffs) organization. Thus, the average load on a public enforcement officer (bailiff) is over 100 enforcement proceedings per month. The remuneration rate of an officer is barely above the minimum wage. Such level of financial security of enforcement service staff and absolute lack of incentives for increasing the efficiency of enforcement proceedings definitely does not improve the rates of recovery on the basis of enforcement documents, but urges the enforcement officers to “look for” additional income, which is often used by unscrupulous debtors and creditors. The third reason is the lack of an appropriate environment for enforcement activities, lack of availability of online access to all possible public databases of information on debtors and their property.

Thus, these and other reasons generally result in the low efficiency of enforcement proceeding. Last year, the performance of the public enforcement service was about 4% of the total sums to be recovered. That is, the enforcement documents registered with public enforcement (bailiff) agencies were worth more than UAH 450 billion, but just about UAH 20 billion were actually recovered.

Therefore, the law firms representing their clients in courts are often faced with even more problems at the stage of the judgment’s enforcement than at that of preparation and the court action itself.

By the way, the problem of efficiency of the Ukrainian enforcement service has gone beyond the borders of Ukraine. Thus, the Resolution of the Parliamentary Assembly of the Council of Europe Implementation of Judgments of the European Court of Human Rights No. 1787 (2011) of 26 January 2011 notes the existence of principal systemic flaws, which cause a large number of repeated violations of the Convention for the Protection of Human Rights and Fundamental Freedoms and considerably undermine the rule of law. As for Ukraine, these problems are related, in particular, with chronic non-enforcement of national court rulings.

In order to change this situation, the government together with the legal community, including the experts of our company, has embarked on developing a systemic reform of enforcement proceedings. The Ukrainian Justice Ministry has prepared some innovations to stimulate the activity of public bailiffs, to improve their financial security and provide automation of their work through access to public data registers. In addition, there exists a joint draft law on the reform of enforcement agencies, the introduction of private enforcement system and private bailiffs institution, and general improvement of enforcement proceedings process. Thus, a turn for the better in this area is expected by the end of 2015.

And to date, the best way out of the situation is searching for ways of reconciliation between the borrower and the lender and debt restructuring, or initiating the bankruptcy proceeding under the On Restoration of Debtor’s Solvency or Bankruptcy Recognition Act of Ukraine

Although bankruptcy proceedings are more predictable in comparison with enforcement proceedings, the amendments to the core law which took effect in 2013 have not not led to the results expected by policy-makers.

For instance, it was expected that the novel will reduce the terms and costs of bankruptcy proceedings, but in practice these issues have been little changed compared to the previous version. Some issues have been addressed by the new version, but at the same time some new problems have arisen.

For example, in the liquidation procedure which dominates in the modern situation in Ukraine, the lenders’ authorities are virtually absent. Lenders usually do not have enough influence on the process of a liquidator’s appointment. In spite of the fact that the law provides for the mechanisms of the debtor rehabilitation, in practice they are are ineffective due to imperfect regulations. Moreover, the debtor has not been provided with adequate tools for business restructuring through bankruptcy proceedings. The procedure to sell property may be highly risky, since due to the lack of regulation it can be used by unscrupulous parties to the bankruptcy proceedings to change ownership of the debtor’s assets at understated prices.

However, despite these negative aspects, the correct strategy can make the bankruptcy proceeding for a lender, especially a secured lender (the bank), a cheaper and fast enough tool for settling troubled debts compared with enforcement proceedings.

Furthermore, in 2014 the law firm Ario Capital Group and other law companies managed to generate a set of positive legal precedents in settling disputes on application of legislation by addressing many controversial issues, some of which were used for abusive practice earlier.

These issues include differentiation of the sums of a creditor’s claim into secured and insecured ones, making it possible to place the banks on the register of creditor’s claims and granting them full voting status in the creditor committee. There are already a large number of decisions available, which de facto clarify controversial issues arising during the sale of the property and determining the authorities of secured creditors, etc.

However, this does not solve the problem of imperfections in current legislation. For this reason the lawyers of Ario Capital Group are members of the working group at the Justice Ministry  involved in developing the Draft of the Act On Amendments to the Act of Ukraine On Restoration of Debtor’s Solvency or Bankruptcy Recognition. We look forward to its adoption this year!