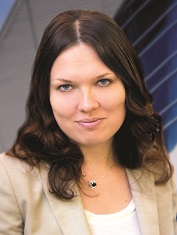 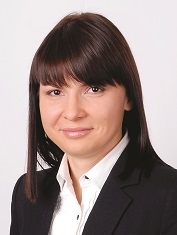 DLA Piper is a global law firm with offices throughout the Americas, Asia Pacific, Europe and the Middle East, which provides a broad range of legal services to local, regional and international clients. In 2008, 2012 and 2014, DLA Piper was acknowledged as Foreign Law Firm of the Year in Ukraine (Legal Awards Ceremony, Ukraine).

Areas of practice in Ukraine

Corporate and M&A: set up and termination of businesses, corporate governance, M&A, including due diligence, corporate restructuring and reorganization; corporate investigations and compliance, and legal support of day-to-day operations.

Competition law and regulatory: permits for concentrations; for concerted practices, leniency program advice; advice on protection from unfair competition, compliance advice and audits, obtaining of preliminary conclusions from the AMCU; abuse of dominance advice; advice on commercial agreements and trade practices, natural monopolies and public procurement; support during investigations by the AMCU, as well as competition litigation.

Franchise as a business model is still under development in Ukraine. According to data supplied by the Franchising Association of Ukraine, at the end of 2014 there were approximately 400 companies expanding their franchise chains over the territory of Ukraine, and about 145 companies have recently started their business and are currently on the lookout for potential franchisees. At the same time, there is definitely potential for more franchises to be rolled out in Ukraine as it still represents a rather unsaturated market compared to other jurisdictions.

Over the past year there has been legislative activity which eliminated the long-standing problem in the regulation of franchise agreements. Among other terms and requirements applicable to franchise agreements, both the Civil and Commercial Codes of Ukraine established the requirement according to which franchise agreements were subject to mandatory state registration. The failure of parties to comply with this requirement used to result in negative consequences set under the law, in particular, the parties had no rights to refer to an unregistered agreement, including amendments thereto, in relations with third parties or in case of a dispute.

In order to eliminate the legal uncertainty that resulted from the lack of the relevant mechanism regulating the registration of franchise agreements, the Ukrainian Justice Ministry put forward an initiative and by its Order as of 29 September 2014 No. 1601/5 approved the Procedure of State Registration of Commercial Concession (Sub-concession) Agreements (“Procedure”) which was published on 21 October 2014. It was expected that the Procedure would come into effect on 21 April 2015.

Nevertheless, on 12 February 2015 the Verkhovna Rada of Ukraine (the Ukrainian Parliament) adopted the On Amending Certain Legislative Acts of Ukraine Focused on Simplification of Conduct of Business (Deregulation) No. 191-VIII Act of Ukraine (the Act) which came into effect on 5 April 2015, i.e. before the Procedure became effective, whereby, among other changes, it excluded from the Civil and Commercial Codes of Ukraine the requirement of the mandatory state registration of franchise agreements, as well as the provisions that prevented the parties thereto to refer to unregistered franchise agreements in case of a dispute and in relations with third parties. Thus, the effective legislation of Ukraine no longer contains the requirement to register franchise agreements and an Order from the Ukrainian Justice Ministry on the cancellation of the effect of the Procedure is expected in the near future.

The abolition by the Act of the requirement of mandatory state registration of franchise agreements eliminated the legal uncertainty which existed until recently and permitted the parties to enter into fully enforceable franchise agreements. Such legal changes will definitely have a positive effect on the future development of the Ukrainian franchise market.

Other issues of Legal Regulation of Franchise in Ukraine

In Ukraine, theoretically, any business can offer its franchise provided that it has certain intellectual property rights, such as title to a trademark, know-how, etc, and an efficient business model which it can share with other parties.

The parties regulate their franchise relationship to under franchise agreement which shall be executed in writing in the form of a single document. The conclusion of an agreement in a simplified way, i.e. by way of exchange of letters, telegrams, etc. between the parties is not allowed. Failure to observe this requirement will render the agreement null and void under the law. In the light of the recent legislative changes described above, no state registration of such agreement is required.

Ukrainian law provides for certain restrictions that may be applied by the parties under a franchise agreement. In particular, such restrictions may include conditions establishing territorial exclusivity, non-compete obligations of the franchisee with regard to franchisor itself, or prohibitions on dealing with other franchisors, etc. Although these restrictions are sometimes permitted under Ukrainian law, in certain cases they can still be found illegal. Thus, it should be analysed in line with Ukrainian competition law whether they may be included in the franchise agreement.

Being a complex business relationship, a franchise may touch upon different legal issues in various areas of law, such as currency control, tax, real estate, etc. It is, therefore, important to review the legal framework in place so as to clarify which laws and to what extent may be applicable to a franchise agreement and to ensure compliance with them.