Developments in Oil and Gas Law in 2014 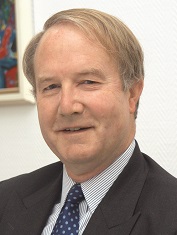 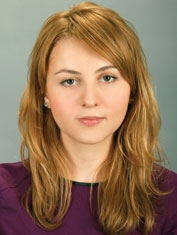 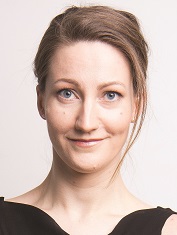 B.C. Toms & Co is a multinational law firm of Ukrainian and Western lawyers specializing in Ukrainian law. It was the first Western law firm to open a Kiev office, having focused its practice on Ukraine at its independence in 1991. The firm has handled, for example, many of Ukraine’s largest agricultural land leasing projects and acquisitions of land for commercial property developments as well as the first and the most IPOs to raise funding for Ukrainian projects. Based on our over 23 years of experience in Ukraine, we can provide practical commercial advice on how to establish and develop a business in Ukraine.

The firm has recruited and trained its Ukrainian lawyers from students at Ukraine’s leading law schools, most of whom have also studied at UK and US law schools as Chevening, Pinchuk, Fulbright and Muskie fellowships. Based on the firm’s practical experience, it has written numerous articles on Ukrainian law, including the legal section of the book Doing Business in Ukraine.

The principal practice areas of B. C. Toms & Co include real estate and land development, oil and gas and natural resources, agriculture, banking and finance, M&A, environmental, labor, bankruptcy and administrative law. In addition, the firm has a successful litigation and arbitration practice. The firm also regularly advises on Ukrainian tax law, including from a multinational tax planning perspective.

1. Increased Royalty Fees for Subsoil Use

Presently, therefore, the royalties on natural gas and condensate production are at the level of 55% and 45%, respectively, for production to a depth of 5,000 meters, and for production at lower depths, compared to the previously applicable rates of 28% and 42%, respectively. Under this newly applicable tax regime, the royalty fee for newly drilled wells will be discounted for two years at a discount coefficient of 0.55. The application of this discount coefficient to newly drilled wells effectively lowers the above-referenced royalty fees for such wells to the level to 30.25%.

The Permanent Tax Increase Act has been heavily criticized, because its effect has reportedly been to make most of oil and gas production operations in Ukraine no longer profitable, thereby discouraging future exploration and production by private oil and gas companies, Ukraine’s fastest growing energy sector. Many producers claim that while they were willing to pay a temporarily increased rate to help cover Ukraine’s budget deficit due to the crisis created by the war in eastern Ukraine (where many companies lost wells and equipment), the making of these rate increases permanent, irrespective of the war or Ukraine’s financial situation, has greatly undermined their confidence that the Ukrainian Government will treat them fairly in the future. A recent study also indicates that making this rate increase permanent will actually undermine tax revenues in the future.

2. Cancellation of Mandatory Monitoring and Scientific Support while Performing Subsoil Use under Special Conditions

On 11 February 2015, the Resolution of the Cabinet of Ministers of Ukraine (hereinafter — CMU), On Certain Issues of Deregulation of Commercial Activity, No. 42, of  28 January 2015 (hereinafter — the CMU Resolution on Deregulation), came into force, which cancelled the requirement for the mandatory monitoring and scientific support of entities performing subsoil use under special conditions.

This requirement for monitoring, etc., had been widely criticized by the business community due to its undefined and, therefore, potentially corruption-generating, nature. In particular, the Regulation of the CMU, On Approval of the Order for Granting Special Permits for Subsoil Use, No. 615 of 30 May 2011 (hereinafter — the CMU Subsoil Use Order), which introduced such monitoring, did not specify the price for such monitoring and scientific support, and the entities which were authorized to carry out such monitoring were solely selected by the State Service of Geology and Subsoil of Ukraine. In practice, such monitoring and scientific support had little value, but it cost a lot (often ranging from hundred thousand to millions of Ukrainian hryvnias). Its supposed function was largely duplicated by the monitoring performed by the State Service of Mountain Monitoring and Industrial Safety of Ukraine. The cancellation of this monitoring requirement is a step towards more transparent, less expensive and more investors-friendly regulation of the oil and gas market in Ukraine.

3. The Possibility for Individual Taxation of Each Investor in a Production Sharing Agreement

On 8 November 2014, entered into force Act of Ukraine No. 1690-VII of 7 October 2014,  On the Introduction of Changes to the Tax Code of Ukraine (Regarding Improvement of the Taxation of Investment Activity). It should allow each investor in a Production Sharing Agreement (hereinafter, a PSA) to pay part of the value added tax (VAT) individually in the order foreseen by the PSA itself. Such a more flexible approach for investors should encourage greater investment in the oil and gas sector of Ukraine.

4. The Cancellation of the Requirement for a Permit for the Export of Geological Data

Before the elimination of this Annex, geological information was treated by the Order as an object of monetary value (for example, it could have been contributed for a share in the charter of an enterprise). Consequently, a cumbersome procedure for operations with geological information was provided for by the Order, including a requirement for a positive conclusion of an expert committee from the State Service of Geology and Subsoil of Ukraine to permit the export of such information. This requirement has been cancelled by the new Regulation, making the exchange of such information, and thus, the commencement of subsoil works depending on it, much faster.

5. The Introduction of the “Special Period” in the Fuel and Energy Sector

On 18 June 2014 a Draft Act, On the Special Period in the Fuel and Energy Complex, was registered with the Parliament of Ukraine, which was adopted in the first reading on 4 of July 2014. This bill would introduce a number of changes to the Act of Ukraine On Pipeline Transport, the Act of  Ukraine On Oil and Gas, the Act of Ukraine On the Fundamentals of the Functioning of the Natural Gas Market and other legislative acts.

In particular, this Draft Act would define a special period (hereinafter, the Special Period) for fuel and energy as being a period for the special functioning of the fuel and energy sector in the event that the supply of gas into Ukraine is stopped or significantly limited. The Draft Act gives discretion to the CMU to initiate, as well as to terminate, such a Special Period. Furthermore, the Draft Act stipulates that in the event of any invocation of such a Special Period in the energy sector, the CMU is entitled to establish the procedure for the business activity of energy companies. The Draft Act also requires gas companies to comply with all regulations adopted by the Ministry for Fuel and Energy during the Special Period, regardless of the terms of any previously executed contracts.

Another significant change introduced by the Draft Act is that it permits the compulsory sale of gas by independent gas producers at prices established by the CMU. This proposed Draft Act is very controversial, and has not yet been adopted. One could have previously assumed, in view of such criticism, that its passage should be unlikely, but in view of the surprising passage of the Permanent Tax Increase Act , one cannot be sure.