Doing Business with a Ukrainian Counterparty: How to Mitigate the Risks of Non-execution of Contract 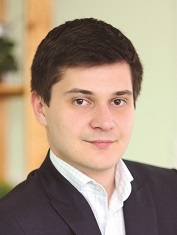 We are working on individual solutions, which are used in different situations, not only locally but also internationally. Tracking transactions and advising on legislative norms of European countries, including Germany, Switzerland, Austria, the UK, the Netherlands, France and Belgium are accompanied by the direct participation of our offices in these countries. By turning to us you can be assured that we also take into account the norms and requirements of your local laws.

Due to the professionalism of our lawyers, we regularly give different interpretations and explanations for changes in legislation on various fields of law to the media.

Thanks to our successful work and positive customer recommendations Goldblum & Partners was nominated for the Ukrainian Legal Awards 2014 in the category Law firm-Newcomer of the year, we are also an exclusive member of the association of lawyers and tax advisors in Germany (WIRAS).

We are a member of several international professional associations. Every single year our company is included in the rankings, such as IFLR 1000, Legal 500 as one of the leading law firms. As to membership in Ukraine, we provide support as a major partner in the Ukrainian Bar Association and Legal Awards 2014 of Ukrainian law firms.

Ukrainian contract law isn’t flexible and requires strict compliance with legislative provisions. Even if a contract with Ukrainian counterparty is subject to foreign law, it may be challenged in Ukraine if it does not comply with the provisions of Ukrainian law.

Probable Risks in Contractual Relations with a Ukrainian Counterparty

Cross-border transactions with Ukrainian counterparties are always associated with certain risks, especially now, when political and military situation are so unstable. Recent events had a negative influence on the ability of Ukrainian entrepreneurs to fulfil their obligations. Despite all the current geopolitics, cross-border cooperation goes on in Ukraine. Doing business with Ukrainian companies is accompanied by risks, which arise in three areas:

— Execution of a contract

Many foreign companies attempt to apply their typical worldwide agreements to Ukrainian transactions without foreseeing any risks involved.  This lack of foresight can cause problems in the intended transaction because Ukrainian legislation does not recognize many provisions included in typical company agreements.

In this article we provide some advice on how to mitigate the risks in contractual relations with a Ukrainian counterparty.

Advice on How to Mitigate the Risks

As said above, any discordance with Ukrainian legislation can cause the invalidity of the contract. To be valid the contract must be made by parties of sufficient legal capacity, be in proper form, contain all the essential terms, have lawful contents and purpose, and be in fact intended by the parties.

Keep in mind that the Director acts on behalf of the company without power of attorney but the charter may contain restrictions on his or her authority. To know for sure, check out the Unified State Register (http://irc.gov.ua/ua/Poshuk-v-YeDR.html). It contains all information about any restrictions on the Director’s authority.

If the contract doesn’t contain any essential term according to the legislation of Ukraine it shall be deemed as one which has not been entered into (meaning the parties have not entered into any contract at all). It will mean that there are no legal grounds to claim fulfillment of the obligations by another party.

The general conditions are contained in the Regulation On the Form of Foreign Economic Contracts No. 201 approved by the Order of the Ministry of Economy and for the European Integration of Ukraine of 6 September 2001. This Regulation is not mandatory, but in practice, ignoring provisions of the Regulation can cause many problems, especially regarding declaration of cargo at customs.

Therefore, in order to comply with Ukrainian legislation, the foreign economic contract shall contain at least the following:

Include the Guarantees in the Contract

It often happens that the counterparty doesn’t fulfil its obligations and has no property to cover your damages. In this case it is recommended to involve a person that agrees to be responsible for performance under a contract, if the counterparty fails to perform (involve a guarantor).

If the company does not fulfil its obligations, the guarantor will be liable for execution of the contract, so you will be sure your damages will be recovered. You can demand compensation either from the company or from the guarantor; it depends on your preferences.

According to the Order of Ministry of Economy of Ukraine On Approval of the Procedure for Use Special Sanctions to Economic Entities of Ukraine and Foreign Economic Entities, that is provided for in Article 37 of the On Foreign Economic Activity Act of Ukraine of 17 April 2000, the Ministry of Economy can apply sanctions to Ukrainian companies, which violate the procedures of foreign economic activities. Sanctions include individual licensing regime or temporary suspension of foreign economic activity.

It means that a Ukrainian company which is subject to these sanctions is forbidden from exercising any foreign economic activity and concluding a cross-border contract it is recommended to check information about your counterparty on a website http://me.kmu.gov.ua/control/uk/sanktions.

Foreign currency can be used as a means of payment between residents and non-residents in commercial activities only through an authorized bank, which has obtained a license to engage in foreign currency operations. As defined in Resolution of the Board of Directors of National Bank of Ukraine No. 597 On Payments in National and Foreign Currency to Non-residents for Some Transactions, the basis for transfer of funds to a non-resident are: 1) the contract, concluded in strict accordance with Ukrainian legislation; 2) documents, which prove the actual provision of services  (execution of works).

It means that payments cannot be made by an authorized bank if the contract doesn’t comply with Ukrainian laws and proves the absence of documents.

The choosing of one type of currency or fixing of specific currency rates in the contract is recom- mended.

— try to avoid inaccurate expressions such as “properly”, “timely”, “as soon as possible”, etc. Such expressions allow the conditions of the contract to be interpreted by each party in its favour.

— pay attention to the “force majeure” section. The inclusion of a provision about confirmation of force majeure by the appropriate documents issued by the Chamber of Commerce or other authorized body is recommended.

In conclusion, we should say the there is a rule which applies to the conclusion of any contract in Ukraine: know your partner. Trust but verify, because a business relationship based solely on trust can be disastrous. Do some background research on your Ukrainian counterparties and follow the advice given above.