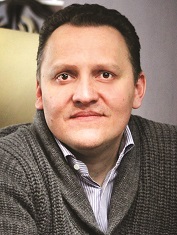 Alekseev, Boyarchukov and Partners is one of the leading law offices in Ukraine. It is known as one of the most successful law firms with wide practical experience in representing clients on questions of bankruptcy and debt restructuring, corporate management, litigation and settlement of disputes in courts of arbitration.

The history of the firm began in 2000. Sergey Alekseev and Sergey Boyarchukov decided to create their own firm after they had successfully prevented the merger of JSB Energobank, where they were working at the time.

In 2005 Sergey Alekseev and Sergey Boyarchukov founded Law Offices Alekseev, Boyarchukov and Partners specialising on questions of bankruptcy and debt restructuring, corporate management, litigation and settlement of disputes in courts of arbitration.

In November 2014 Sergey Alekseev left the company after he was elected to the Ukrainian Parliament of the 8th convocation as a people’s deputy, leaving management to his partner Sergey Boyarchukov.

Today, Law Offices Alekseev, Boyarchukov and Partners is a team of 30 lawyers who work in the areas of banking, financial, tax, corporate, competition, antitrust, labor, land and criminal law.

Strong professional experience and thorough understanding of Ukrainian business environment allow us to offer our clients the most effective solutions for their business within the shortest period of time.

When it comes to debt restructuring some tendencies which arose on this market last year should be outlined. First of all, it was a peculiar year. Never before in the history of Ukraine has there been such a situation, namely the country was living and working amid a de facto war for the whole year. Consequently, the armed hostilities dramatically influence the economy. The dollar exchange rate is rising, the economy coming down, and there are no investors.

Due to these factors there is a tendency for the troubled loan portfolio to decrease and troubled deposits to grow. The decrease of a troubled loan portfolio does not mean that there are more bona fide borrowers, but it describes the situation that old loans, which had been recognized as troubled, are terminating. And it does not matter whether it is due to credit settlement or loan write off, the fact of their absence is of importance. Bearing in mind the peculiarities of the economic situation, almost nobody extends new credits and nobody is willing to take on a loan. Since, in fact, there is no sector, where the business could grow, the point of issue is only of survival today.

A considerable increase in the troubled deposits portfolio is, first and foremost, all related to the fact that a great number of banks were recognized insolvent for the first time in the history of Ukraine. There are tens of insolvent banks, namely about 30 banks are at the stage of liquidation proceedings and about 40 banks are under temporary administration. Every bank has a vast number of clients, who had their money in deposit accounts. As a result, a specified service market was created: it is known as “offset of mutual claims”. However, there is a direct prohibition by the On Deposit Guarantee System of Natural Persons Act of Ukraine. Particularly, the Act directly prohibits offsetting of mutual homogeneous claims with a bank under temporary administration. Nevertheless, the market is full of such orders due to high demand as well as lawyers who are ready to provide such services. In addition, one of the possibilities to settle it is to discharge the claims at the bank by uniting a debtor with a creditor to one entity upon purchasing the other client’s claim of repayment of the deposit.

It is known that today there is a diversity of legal precedents concerning this issue. In particular, there is also a positive one, according to which in the event of uniting a debtor with a creditor to one entity, it does not fall within a scope of a special rule of the On Deposit Guarantee System of Natural Persons Act and such claims terminate automatically, namely there is no need for the other party’s expression of will or permission in accordance with the Act. We do not realize whether there is a future for this issue, because there is another legal precedent, which proves that it is prohibited to do this. It is clear that we will receive a generalized answer next year from the Supreme Court or other superior specialized courts, which will try to bring these rules together and find a legal consensus.

We would like to turn our attention to the restructuring of foreign currency loans of natural persons (individuals). So far, there is a whole layer of problems. The reason for this is that the banks extended extensively loans for the purchase of housing accommodation over a period of pre-crisis years, taking into consideration that people were honestly in need of them. The market was, in the truest sense of the word, oversaturated with similar offers. While the currency rate has come to rise, all such loans becamea troubled one because yesterday a person could pay UAH 100 to repay a specific part of a loan, but today UAH  100 will cover an entirely different and smaller part of the loan. In the middle of last year a legislator had tried to introduce a ban on enforced collection of mortgaged property of civilians, which secures the loan. This prohibition should not be applied if an apartment, where the specified person lives without another place to live in, does not exceed 140 square meters and a house does not exceed 250 square meters, and the loan, received by the natural person, is in a foreign currency. To my way of thinking, this moratorium is of a populist nature. Nonetheless, the banks fully understand the social importance of this project and do not speak against this and try to carry out their business within terms and conditions established by the law. To be honest, even before the banks collected such apartments, which really were used by the civilians as a place to live, this was very rarely, because it always provokes conflicts. In the event of evicting a person from their last apartment, where she/he lived, and she/he, figuratively, becomes homeless, there is always a scandal. In my practice, the banks preferred to use any restructuring, make any concessions, change the currency of a loan (from foreign currency to Hryvnia), write off part of the debt, etc.

At the end of 2014 the Ukrainian Parliament made an attempt to refine the adopted Act on the Moratorium, but the Act was vetoed by President Poroshenko, who noted the necessity for the essential elaboration of uniform and extensive policies for settling the bad debts of the population. So far, this mechanism has not been settled, no laws have been adopted, and the moratorium is in force. Clearly, next year we are sure to face the development of this situation, as the problem has not been actually solved, and throughout 2015 neither lawyers nor banks will be able to handle these credits.

A mechanism which is, unfortunately, not yet available in Ukraine, could become a universal instrument for solving this problem. This universal instrument is personal bankruptcy. So far, we have mechanisms for bankruptcy of individual entrepreneurs and legal entities available. But what individuals who purchased apartments shall do is still unclear with the moratorium in force. The introduction of personal bankruptcy for individuals as subjects in relationships under civil law may, in my opinion, become such a universal instrument for problem solving. In all fairness, it has to be noted that discussions concerning personal bankruptcy in Ukraine are already under way, and sooner or later it will be introduced. We used to talk about it in theory once, just as it is discussed now, but the urgency of this law is so obvious that, in my opinion, attempts to introduce this concept will be made shortly.

The recent trend to be mentioned is a marked increase in demand for amicable dispute resolution by mediation. What is the reason for this? Again, according to the recent opinions polls, courts are a priori unfair, they delay settlement of issues, are expensive and ineffective, and negotiations will still have to be held after the proceedings are over. I fully agree with the above statements, and if there is an opportunity to negotiate, one should negotiate out of court. In this case, difficult access to dispute resolution in court has pushed the market to an increase in the number of amicable agreements. As the saying goes, “we’ve had enough.”

By all means, even in such a situation, one could not do without a lawyer as even an out-of-court amicable resolution has to be considered in the legal plane. No matter which way you look at it, it still includes execution of and the same agreements for credit settlement by assignment of mortgage or reorganization agreements. All deals are complex and require the participation of lawyers; lawyers are also engaged by the banks. In my judgment, distressed loans will emerge again soon. How so? The explanation is that enterprises took out loans in recent years. And in the light of the disastrous economic situation and plunge in the hryvnia’s exchange rate, new distressed credits will emerge, which in this case is objective. There will be objective bankruptcies; therefore, the concept of personal bankruptcy will become topical again in the reorganized market, and a new wave of distressed credits will occur. However, I still expect the size to be less than that in 2008.