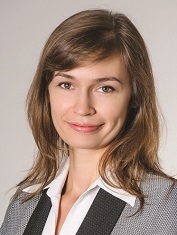 FCIArb, counsel with Sayenko Kharenko. Board Member of the UAA, Olena Perepelynska has acted as counsel and arbitrator in over 80 international and domestic arbitral proceedings under variety of arbitration rules, including ICC, LCIA, SCC, ICAC (Kiev), ICAC (Moscow), GAFTA, UNCITRAL Arbitration Rules 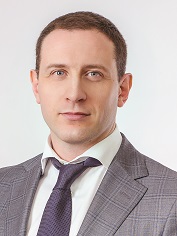 Sayenko Kharenko is Ukraine’s leading law firm with internationally oriented full-service practice and a Ukrainian law representative office situated in London. In 2015, Sayenko Kharenko collected the national Law Firm of the Year Award twice, having been recognized Ukraine’s best team both by 2015 IFLR European Awards and 2015 Who’s Who Legal Awards. For the eighth consecutive year Sayenko Kharenko has nabbed the top spot by number of deals (according to Top 50 Largest Deals League Table by Yuridicheskaya Practika Publishing), and was recognized as one of the two best law firms in Ukraine in 2014. The firm is highly recommended in Ukraine by all major international guides, including Chambers Global, Chambers Europe, IFLR1000, and The Legal 500.

About its International Arbitration Practice

Sayenko Kharenko boasts a unique team of arbitration lawyers being experienced in international commercial and investment arbitration. The team advises clients on all aspects of international arbitration, starting from pre-dispute stage to post award stage of enforcing final arbitral awards.

The firm’s arbitration lawyers have a deep insight in arbitration proceedings built on their experience of serving as arbitrators, legal counsel and experts.

The team handled over 90 arbitrations under a variety of arbitration rules covering all major spheres of international business, i.e. relating to contractor agreements, international sales of goods, maintenance and construction of ships, agency and distribution contracts, joint venture agreements, oil & gas supply contracts, and others.

About its Antitrust Practice

In 2013 the firm retained the  “Antitrust Law Firm of the Year” title according to Legal Awards 2013 by Yuridicheskaya Practika Publishing.

The issue of arbitrability, i.e. capability of a dispute to be referred to arbitration, is traditionally highly debated in Ukraine. However, those debates concern mainly corporate disputes and disputes arising out of public procurement contracts, thereby leaving competition law issues without the attention they deserve.

The majority of European jurisdictions consider certain competition law issues arbitrable, although their national legislation and EU law is not that straightforward. One of the exceptions, in terms of the form, but not the essence, is the Swedish Arbitration Act, which sets out that “Arbitrators may rule on the civil law effects of competition law as between the parties”. It is fair to say that this rule reflects the general approach of many other European jurisdictions as is supported by respective arbitration and court practice. This article considers whether Ukraine can also follow the mentioned approach.

— disputes resulting from contractual and other civil law relationships arising in the course of foreign trade and other forms of international economic relations, provided that the place of business of at least one of the parties is situated abroad; and

On Domestic Arbitration Courts Act of Ukraine enables domestic arbitration to be referred to in any dispute arising out of civil or commercial relations except for those enlisted in Article 6 of the same Act, none of which concern competition law issues.

It appears that the wording of these general rules is broad enough to include the civil law effects of competition law as between the parties. It also covers not only purely contractual issues, but may well include tort law issues such as damages caused by infringement of the competition law.

The exception to these general rules may be established only by the law or international treaty of Ukraine.

Any Exception as to Competition Law Claims?

Some specific jurisdictional rules relate only to claims for damages, but even they could hardly be construed as an arbitrability exception.

According to Article 55(1) of the On Protection of Economic Competition Act of Ukraine persons who incurred damages as a result of the infringement of competition law “may apply to the commercial court with a claim for their [damages] compensation”.

Such wording suggests that respective disputes fall into the jurisdiction of the commercial courts of Ukraine (and not, for instance, administrative or general courts, or the Antimonopoly Committee of Ukraine (AMCU)). Apparently, the wording of the respective law does not determine whether such commercial disputes are arbitrable or not, leaving this issue with the Commercial Procedure Code of Ukraine.

For a long period of time, Article 12(2) of the Commercial Procedure Code of Ukraine has been considered as the most important, if not the only, legislative exception to the general arbitrability rules, described above.

It sets out that a dispute falling into the jurisdiction of the commercial courts may be referred by the parties to arbitration, except for the disputes on invalidation of acts, disputes arising out of public procurement contracts, corporate disputes and other disputes, as established by the law.

This list of exceptions has never included any competition law issues. Thus, irrespective of whether Article 12(2) of the Commercial Procedure Code of Ukraine is applied to domestic arbitration only, or to both domestic and international arbitration (which is subject of debate after the reform of 2011), the result will be the same: there is no legislative exception to the general arbitrability rules for the damages claims under Article 55 of On Protection of Economic Competition Act of Ukraine or for any other disputes regarding the civil law effects of competition law as between the parties. So, as a matter of Ukrainian law, such disputes may be referred to arbitration if the parties conclude a respective arbitration agreement.

In practice, it is rather difficult to imagine that the parties, not tied with any previous contractual relations, will enter into an arbitration agreement to settle their damages claims caused by the infringement of competition law. They, of course, may do it, for instance, for confidentiality reasons, but in practice, it is more common that competition law claims are brought under the arbitration clause included in the contract.

There are a variety of situations when competition law issues may potentially arise in arbitration, and, inter alia, include:

Based on the breach of competition law rules applicable to certain contractual provisions, for example exclusivity or restriction covenants in supply or distributorship agreements.

For instance, from the perspective of Ukrainian competition law such contractual provisions under certain circumstances may be qualified as “concerted actions” or even “anti-competitive concerted actions”. The On Protection of Economic Competition Act of Ukraine prohibits the latter in principle (Article 6(4)) and prohibits carrying out the former without respective AMCU approval (Article 10(5)). The respective contractual clauses may be considered voidable in case the parties fail to obtain the prior approval of the AMCU.

It follows that a possible dispute may arise when one party claims breach of exclusivity provisions, while the other seeks to recognize those provisions invalid — due to the absence of  AMCU approval and breach of competition law of Ukraine.

2. Follow-on Damages Claims in Case the AMCU Finds an Infringement.

For instance, where the AMCU has established that the manufacturer abused its dominant position in breach of Article 13 of On Protection of Economic Competition Act of Ukraine by engaging in predatory pricing or other unlawful price setting, and an affected retailer or distributor decides to bring a follow-on damages claim for losses resulting from the inflated prices already paid under the contract with the manufacturer.

It is important to note that, in contrast to other European jurisdictions, Ukrainian competition law provides for the possibility to claim double damages suffered as the result of infringement of certain provisions of the On Protection of Economic Competition Act of Ukraine (Article 55). Those infringements include, inter alia, anti-competitive concerted actions, abuse of dominant (monopoly) position, concerted actions committed without the required AMCU approval, breach of the requirements and obligations established by the AMCU as a precondition for issuing  approval for concerted actions.

However, prior to bringing a double damages claim to arbitration, a potential claimant should carefully consider whether the benefits of arbitration (e.g. confidentiality, evidentiary and other procedural rules different from the state court proceedings rules, as well as  possibility to enforce a perspective arbitral award in over 150 jurisdictions under the New York Convention on the Recognition and Enforcement of Foreign Arbitral Awards) outweigh the risks related to such enforcement in certain jurisdictions.

First,in many European jurisdictions, the enforcement of the awards granting damages on a punitive rather than compensatory basis has been considered contrary to public policy. However, it is not the case for other jurisdictions (like the USA), where such kind of damages are permissible.

Second,the claimant may be faced with different approaches as to the scope of a particular arbitration clause as far as tort claims are concerned. Court practice in some jurisdictions accepts rather standard and broad wording, for example, “any claims arising out of or in connection with the contract” as covering tort claims connected with a contract. However, in some other jurisdictions, the courts could evaluate the scope of arbitration agreement depending on the will of the parties at the time of conclusion of the arbitration agreement (i.e. whether the parties considered including such kind of tort claims when the contract containing the arbitration clause  was concluded).

Ukrainian court practice for such type of cases is not yet established. Time will show whether Ukrainian courts will follow a pro-arbitration approach with regard to competition law issues.