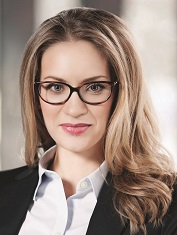 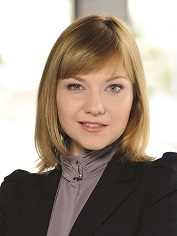 Aequo is a multi-disciplinary, industry-focused Ukrainian law firm made up of highly qualified, universally recommended lawyers who work proactively to help their clients reach their business goals and generate commercial advantages. Backed up by solid industry expertise and a thorough understanding of business we develop innovative strategies and provide efficient solutions to the most complex and challenging matters. Our advice is clear and practical.

Today, Aequo is the legal advisor of choice for many of the largest Ukrainian and multinational companies and financial institutions, including Fortune 500 entities, and leaders in their respective sectors. We operate at the top end of the market. The list of Aequo’s representative clients includes leading Ukrainian and international companies such as DuPont, Energy Standard Group, Google, Mobile TeleSystems, Samsung Electronics, UniCredit Group, VimpelCom, etc.

Aequo’s partners and associates have been consistently recognized as leading experts in their respective practice areas according to peer reviews, and international and local legal directories, such as Chambers, Legal 500, IFLR1000, World Trademark Review 1000, and Best Lawyers.

Although 2013 was interesting for a number of large and notable M&A deals in Ukraine, there were very few transactions in 2014 in this industry.

Nevertheless, the industry was full of regulatory developments launched in 2014: announced tender for granting 3G license, setting up the National Public TV and Radio Broadcasting of Ukraine JSC, postponement of a mobile number porting service and some others.

A huge step forward was made on 28 October 2014 when the National Commission for the State Regulation of Communications and Informatization (Commission) approved the tender conditions for obtaining the 3G license in Ukraine (Terms). They were subsequently approved by the Cabinet of Ministers of Ukraine on 5 November 2014.

According to the Terms, participants of a tender may bid for three lots — 15-year 3G license to use one of three different radio frequencies. The starting price of each is calculated based on the average price for 1 MHz in different countries (Latvia, Turkey, Slovakia, Romania, Czech Republic, Poland and Greece) and multiplied by the total size of the of Ukrainian population (excluding the territory of Crimea). After such calculation the starting price came to UAH 2.443 billion.

The winner of each lot shall implement the 3G technology in all Ukrainian regional centers within 18 months from the date of being granted the license. Within 2-6 years from that date the respective mobile operator shall ensure that 3G technology is implemented in all district towns and the towns with a population exceeding 10,000 people.

The tricky covenant for the license holder is that it shall arrange the radio frequencies conversion because those concerned are now used and operated by the Ministry of Defense of Ukraine. According to the Terms, the cost of conversion amounts to UAH 530 million (app. USD 20.4 million) for each lot.

Every major Ukrainian mobile operator (Kyivstar, MTS Ukraine and Life) bid for all 3 lots, complied with the procedural requirements and paid a guarantee fee in the sum of UAH 810 million (app. USD 31 million) each.

On 17 February 2015 the 3G tender commission announced the bids submitted by each major mobile operator to the Commission. MTS Ukraine offered the highest price for each of the three lots.

As of today Kyivstar is treated as the only operator able to implement 3G in 900 MHz and 1800 MHz frequency bands, which may lead to the distortion of competition on the respective market. Therefore, the only way out for Kyivstar seems to abandon the part of its frequencies for the benefit of other mobile operators. This position was presented in the recommendations of the AMCU to Kyivstar on 10 November 2014, which are “obligatory for Kyivstar’s consideration”.

According to the official position of Kyvstar, it is ready to compromise. The fair redistribution of radio frequencies for 3G and 4G implementation in Ukraine should be carried out on the basis of the “net neutrality principle”.

Portability of mobile numbers allows the users to change their operator without the change of the user’s mobile number. This possibility seems an ordinary service in many countries, but yet not in Ukraine.

Although this service was launched in Ukraine back in 2009, it is not implemented yet. In April 2013 the Commission passed the Regulation on Providing the Subscriber Number Porting and Personal Number Use Services (Regulations) effective from 19 July 2013.

Pursuant to the said Regulations,starting from 1 July 2014 the end users of mobile telecom services should have enjoyed the number porting possibility from any current operator’s (donor operator’s) telecom network to any new one (recipient operator’s) network.

However, the administrator of the central base of portable numbers failed to start providing such service within the said term. As a result, on 1 August 2014 the Commission just cancelled its decision regarding the number porting service.

Mobile operators had a lot of objections regarding the unlimited scope of powers of the administrator with respect to fixing tariffs for number porting service.

The Commission currently wants to bring this service back to life, in particular, by way of changing the Administrator and amending relevant legislation.

The entire story gives the strong feeling that the number porting service will not be implemented in 2015.

Transition from Analog to Digital Terrestrial Broadcasting in Ukraine: Close and still Closer

The transition to digital terrestrial TV broadcasting is a complex integrated process which requires the key regulator, broadcasting companies and network operators to be fully involved.

The main reason for the delay with switching off the analog signal in Ukraine is that digital recorders are not used in Ukrainian households as much as required. Earlier, Ukraine itself committed to provide low-income households with digital recorders free of charge, but due to the state budget deficit this plan failed.

Thus, now statistics shows that only 50% of Ukrainian households use digital receivers enabling smooth transition from analog broadcasting to the digital one.

On 12 December 2014 the National Television and Radio Broadcasting Council of Ukraine announced the digital broadcasting transition plan. According to it the digital terrestrial TV broadcasting is expected to be fully operational by 2017 as follows:  (i) by 15 June 2015 — Kiev, Chernigov, Zhitomir, Rovno, Volyn, Lvov, Zakarpatie, Kharkov and Sumy Regions and Crimea; (ii) by 31 December 2015 — Ivano-Frankovsk, Khmelnitsky, Vinnitsa, Chernovtsy and Odessa Regions; (iii) by 30 June 2016 — Poltava, Ternopol, Cherkasy, Kirovograd, Nikolayev, Kherson, Dnepropetrovsk and Zaporozhya Regions; and by 2017 — Lugansk and Donetsk Regions.

However, it seems that it will very much depend on the Ukrainian economy’s development.

On 17 April 2014 the Ukrainian Parliament adopted the On Public Television and Radio Broadcasting of Ukraine Act (Public Broadcasting Act).

Attempts to set up public broadcasting in Ukraine took place since 2005 but failed due to various reasons (lack of available funds, commercial broadcasters’ lobby, etc.).

The primary mission of public broadcasting is to ensure the broadcasting of objective and complete information about socially important events in Ukraine and abroad free from commercial pressures or political influence as well as broadcasting those products which are not broadcasted by commercial channels.