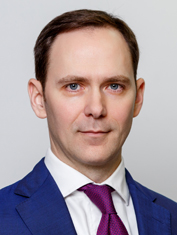 The firm’s clients have always benefited from Avellum’s vast experience, understanding of commercial reality and pragmatic approach. The firm’s broad network of partner firms in other jurisdictions, including the UK, the USA, and EU jurisdictions, and multi-disciplinary legal background of our attorneys, help to close complicated cross-border transactions successfully and promptly.

Avellum specializes in matters that require special attention, extensive experience and industry expertise, a high level of sophistication, and the reputation of its partners. The firm offers its clients an intense and highly individualized focus on their matters, and is relentless when it comes to observing deadlines.

The portfolio of our clients includes international and domestic companies, financial institutions, investment funds and investment banks seeking specialized legal advice and transactional skills from legal experts in the above practice areas.

The year 2014 was a tumultuous year in modern Ukrainian history with memories far from fading away. With all the problems mounting in Ukraine, from war to economy and beyond, it would have been a miracle if the financial sphere, and more importantly corporate finance, had not been deeply affected. In this article we will not overload the reader with legalistic details, although they are very important. Instead, we will share our view of key events in 2014 in the area of corporate finance, highlight the most important legislative and regulatory developments in finance and, based on our experience, make a few suggestions for both lenders and borrower show for navigating through 2015.

2014 was also a rollercoaster of a year in finance. Despite the ongoing protests on the Maidan, last year did not have a bad start. At the junction of 2013 and 2014, lenders and borrowers were considering new financial deals both on the loan financing market and the Eurobond market. However, as the political situation deteriorated to the point of no return, reaching its climax with the killing spree by security forces on the Maidan, none of these deals went beyond the initial stages. All the deals were put on hold until further notice. Only very few borrowers, mainly well-established Ukrainian companies with good credit ratings and sound financial position, could close financial deals in first six months of 2014. All of the deals we worked on during this period were export credit agency backed loans. Other than that, both lenders and borrowers took a wait-and-see attitude.

As the situation in Donbas went from bad to worse, with the Ukrainian economy digging itself into deeper trouble, Ukrainian business and foreign lenders came to the understanding that restructuring became inevitable. The second half of 2014 saw a surge in activity on the restructuring side of financial transactions, from bilateral to syndicated loans and Eurobond issues. Different companies found themselves in different situations. For some, successful restructuring was a matter of economic survival, for others it was rather a preventive measure to offer more breathing space just in case even harder times hit in the future. From what it looks like at the moment, 2015 will almost certainly become the year of restructuring.

We can say that restructuring on such a scale is unprecedented in modern Ukrainian history. The paradigm has shifted from “get more financing and grow” to “try to manage available resources and survive”. Such a situation forced both lenders and borrowers, in a way, to “go back to school” to understand how to do restructuring in the current circumstances.

On the lending side several defaults that, to our knowledge have already occurred, caused many lenders to start looking at their borrowers from a potential insolvency perspective. The key questions that arise are as follows: what are the creditor’s rights in insolvency proceedings, what should creditors do in order to better protect their rights, when should they file their claims, are there any restructuring mechanisms without recourse to insolvency proceedings, how to mandate dissenting creditors to a certain course of action when the majority creditors are in favour, and so on. Due to corporate structuring nuances, problems with Ukrainian business are not usually limited to the level of Ukrainian operating companies and also involve jurisdictions where holding companies are located. There are many questions and the confines of this relatively short publication do not allow them all to be covered. In the next section, we will highlight the key first steps which will be required for lenders to undertake in order not to wake up one day to full-blown insolvency proceedings.

On the capital markets side, there was only one case of a real Eurobond default in 2014, Mriya Agro Holding. Although this case is very hot in the media, we would note that it is still an exception from the general trend on the market in 2014. Last year, six liability management exercises were completed, in particular Bank Finance and Credit (in January), Nadra Bank, VAB Bank (both in August), Metinvest (in November), First Ukrainian International Bank and Agroton (both in December). Ferrexpo closed its exchange offer in February 2015. Our firm was involved in four of the above deals (BFC, Metinvest, FUIB and Ferrexpo). Eurobond liability management is a complicated and lengthy process, but usually it follows one of se- veral beaten liability management paths. In 2014, we saw the following mechanisms utilised: (i) consent solicitation, (ii) exchange offer and (iii) a combination of both.

Consent solicitation entails a proposal by the issuer to bondholders to amend certain terms of the Eurobond issue. In the present market, such proposals usually concern extension of the maturity date, rescheduling coupon payments or sometimes easing some restrictive covenants. To make the offer more attractive to bondholders, the issuer usually proposes a certain incentive (a “carrot”), normally in the form of an increased coupon, upfront partial repayment, cash consideration (consent fee), etc. However, it is not unusual that sometimes amended Eurobond terms may contain even stricter conditions as a “stick” for the company.

An exchange offer provides that the issuer offers outstanding notes to be exchanged for newly-issued notes. Ideally, the issuer would want to have the full “old” issue to be exchanged for the “new” issue, though this may not always happen. Similarly to consent solicitation, the issuer would have to give incentives to bondholders to submit their notes, usually for a cash consideration. Unlike in previous years, when issuers sought liability management in order to improve conditions, liability management exercises are now more a question of debt relief and cash flow management.

In Ukrainian deals, consent solicitations and exchange offers should always be carefully analysed from the standpoint of currency control regulations, especially LPN1 structures which have a cross-border loan between an SPV issuer and a borrower as an essential component. Payments by Ukrainian residents under loans provided by foreign lenders are subject to maximum interest rate limitations. The currently applicable maximum exchange rate for 3-year and longer loans in major foreign currencies (e.g, US dollars, Euro) remains at the level of 11% per annum. In many Eurobond deals interest rates have already been closer to 11%.

More recently, prepayments under cross-border loan agreements have also become problematic due to effective prohibition on early prepayment of such loans. Prepayments of such loans will be permitted in the following two cases: (1) if the funds of prepaid loans are used to increase charter capitals of a bank; or (2) prepayment of such loans is refinanced by other cross-border foreign currency loans with longer maturities. These restrictions may complicate implementation of liability management projects in LPN structures if prepayment may be necessary. Such matters do not usually arise in guaranteed structures when Eurobonds are issued directly by a foreign holding company or a special financial company of the group with support of sureties from Ukrainian operational companies.

Beware, it is not Over Yet

From the borrowers’ perspective: it is of paramount importance to understand that cooperation is much better than war. It is a very common thinking among Ukrainian borrowers that if rough times come, there are no friends and it is them versus “blood-sucking” lenders. It may seem that lenders and borrowers are on different sides of the table. However, when a business faces the prospect of insolvency, the interests of reasonable borrowers and lenders should align. They need to take all measures in good faith to ensure that a business restores solvency and lenders can then get their money back. It is important that borrowers do not play hide-and-seek, but proactively approach lenders about their problems and respond in a timely way to requests from lenders. Borrowers should come up with their suggestions for a clear and realistic plan of recovery and work out some viable solutions with their creditors. And last but not least at all, despite the problems, borrowers must do all in their power to gain the trust of their creditors. Losing trust will not only make the restructuring process difficult but it can derail prospects for the company to tap the financial market in the future.

From the lenders’ perspective: It is important to monitor events in Ukraine and in the particular business which is being financed. Once there is evidence that Ukrainian business starts wobbling, experienced financial and legal advisors should be hired without delay to get hold of the situation and ensure prompt reactions, including taking of preventive measures, timely submission of claims, participation in bankruptcy proceedings, etc. Lawyers always say this, but we want to stress that this is especially true in cases of potential insolvencies. This is particularly salient for foreign lenders. Certain formalities, negotiation of retainers, powers of attorneys, analysis of accounting and legal documents, etc. may take time and very often a few days may prove to be decisive.