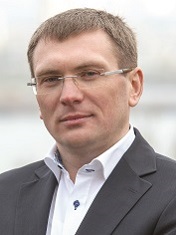 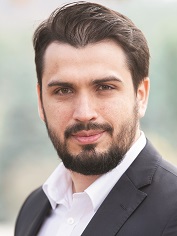 FCLEX is one of the leading law firms in Ukraine which advises clients (the largest local and international companies) in the core practice areas.

Established in 2002, the firm enjoys the reputation of professional legal practitioners possessing the most challenging legal experience and a deep specialization in the fields of debt restructuring (bankruptcy), tax law & tax disputes, finance and banking, corporate and M&A, as well as in the field of resolution of complex court and arbitration disputes.

The FCLEX law firm team consists of 40 lawyers, including six partners and four counsels. Many of them have been working in company for over 10 years. FCLEX lawyers conduct comprehensive support of client's projects: from the moment of receiving the task to full implementation of the solutions in favor of the client.

In 2014, the FCLEX law firm participated for the first time in the Top 50 Leding Law Firms in Ukraine ranking, taking the 21st place. According to the results in 2014 FCLEX lawyers supervised 3 tax disputes, which entered the top-4 largest tax disputes, and 5 of top-25 largest judicial and arbitration disputes. FCLEX has been recognized in corporate and M&A by international review IFLR 1000 and has been rated among the leading law firms of Ukraine in the field of tax law and entered the top 3, according to research by Kyiv Post.

Reliability and professionalism of our specialists, flexibility and exclusive approach to each case is in demand among major customers. FCLEX serves leading companies, "Industry Leaders", included in the top 10 in their sectors. FCLEX customers are representatives of the financial sector, mining, metallurgy and natural resources, engineering, real estate, construction, pharmaceutical and healthcare, chemicals and energy, transport infrastructure, etc.

Banking sector disputes are quite different from any others, because their legal, social, economic, and sometimes even political consequences often extend beyond a specific case, sparking a significant public outcry. The key to solving the existing problems of the banking system in the long-term perspective, its enhancement and further development, overall resolution of private legal disputes in the banking sector involves creation of state mechanisms to ensure fair balance (compromise) between the interests of parties to legal relations within the triangle of “Client — Bank — State”.

The lion’s share of disputes in the banking sector originates at the beginning of the financial crisis of 2008.

The rapid decline in industrial production and consequently reduced incomes of individuals and businesses, devaluation of the national currency and other negative factors made good relations between the banks and the majority of consumers impossible.

The inability to service loans or recover them and withdrawal of deposits bled the banking system dry, increasing the cost of bank money and provoking a fight over each and every Hryvnia.

Naturally, neither of the parties was willing to assume all the negative effects of the economic crisis, thus trying to change the balance to its respective best interests.

Therefore, the effects of the economic crisis quickly and directly led to a significant increase in litigation rates involving both the banks (on recognizing contracts invalid or terminated, on amendments to contracts, on recovery of deposit debts, etc.) and their customers (on recovery of debts on loans, on foreclosure, on bankruptcy, etc.).

Recent events in Crimea and Eastern Ukraine worsened the effects of the economic crisis even further, heating up a degree of judicial confrontation.

Moreover, 2014 was marked by a troubling trend involving insolvency of Ukrainian banks. A total of 33 banks were recognized as insolvent and subject to temporary administration of the Deposit Insurance Fund by the National Bank of Ukraine over the past year.

In a situation where a normal balance in relations within the banking sector is disturbed and mutual trust of its participants is reduced to the critical minimum, the role of the state as the regulator of the respective relations is increased enormously.

To date, bank disputes have been primarily resolved by the judicial branch, which, aside from resolving individual disputes, de facto created regulatory framework for this sector of public relations by establishing relevant court practices.

However, despite its significant contribution to resolving bank disputes, the role of courts as regulators of bank conflicts, and especially their prevention, is quite limited. Although judicial policy-making can answer numerous standardized questions related to proper application of certain legal provisions, it is powerless to change legislative norms. At the same time, from our experience of dealing with this type of cases, we may claim that the initial source of all problems lies within the imperfections of the existing legislation itself, which does not allow for the parties to resolve issues on mutually beneficial terms.

The state’s role as the legislator, unfortunately, is rather episodic and situational, and addresses only certain aspects of the problem. It primarily included the following.

— Legislative regulation of direct financial support to the banking sector on behalf of the state. Thus, the Act of Ukraine On Urgent Measures to Prevent Negative Consequences of Financial Crisis and Amendments to Certain Legislative Acts of Ukraine No.639-VI, of 31 October 2008 regulates the issue of state financial assistance to banking institutions through refinancing and capitalization of banks.

Obviously, this measure was intended to address the issue of bank liquidity, allowing the banks to fulfill their obligations (return of deposits, issue of new loans, etc.), while it failed to address disputes between banks and borrowers.

— Moratorium on foreclosure for certain categories of foreign currency loans. Thus, according to the On Moratorium on Foreclosure of Property of Citizens of Ukraine, Provided as Collateral for Loans in Foreign Currency Act of Ukraine No.1304-VII of 3 June 2014, banks cannot enforce foreclosure (alienation without the consent of the owner) with respect to immovable residential property which is considered to be the subject of collateral in accordance with Article 4 of the On Pledge Act of Ukraine and / or mortgaged in accordance with Article 5 of the On Mortgage Act of Ukraine if such property is the collateral for the obligations of a citizen of Ukraine (the borrower himself or property guarantor) under consumer loans granted by credit institutions — residents of Ukraine in foreign currency.

Despite the fact that this measure did not directly resolve the problem of foreign currency loans, which in this case is fully vested upon the shoulders of borrowers, it is an overall positive from the standpoint of fair balance, as it stimulates the banks to seek compromises in relations with their borrowers.

Obviously, the above measures are insufficient to restore the balance in “Client-Bank-State” relations from the standpoint of provision of banking services, stability, predictability and fairness of such relations. The state’s policy on non-interference in the “Client-Bank” conflict should be replaced with the policy of “fair balance”, which would involve limited state intervention in the existing social conflict by establishing fair conditions and mechanisms for its self-regulation.

In order to restore the proper balance in the banking sector, achieve overall resolution of existing court disputes and prevent new ones, the state must resort to the following legislative steps in the near future:

(A) development of the conditions and mechanisms to convert all consumer loans from foreign currency into Ukrainian currency, the Hryvnia. Despite the fact that this problem existed for over 6 years, only at the end of December, 2014 did the National Bank of Ukraine approved the Memorandum on the Issue of Restructuring Consumer Loans in Foreign Currency, which suggested a specific mechanism to address the issue. However, as stated therein, the memorandum shall come into force as of the date of the respective law becoming effective.

It ought to be noted that further delays in addressing this issue at legislative level lead to further aggravation of the problem. While at the beginning of 2014 the exchange difference averaged at about 3 Hryvnias on each loaned dollar, now the borrower’s burden in Hryvnia equivalent has increased almost fivefold.

(C) creation of the prerequisites for transparent relations between the state as represented by the Deposit Insurance Fund and the clients of troubled banks; also, there is an urgent need to define common criteria for the status of troubled bank depositor. The respective court practices related to this issue evidence the ambiguity in interpretation of various agreements, such as gift, assignment of rights, etc., in the context of the depositor’s status and the right to compensation from the Fund. Obviously, these criteria must be defined within the legislation.

(D) creation of economic incentives and legal guarantees to restore the solvency of troubled banks, including at the cost of private investors.

The lack of the above-mentioned legal provisions and guarantees resulted in the fact that only one bank was sold through the procedure for creating a transition bank throughout the entire history of Ukraine’s independence. Thus, at the end of 2014, with the participation of FCLEX lawyers, the JSC Transition Bank KRYSTALBANK was created in the process of transferring the assets of the insolvent JSC Terra Bank; this newly-created transition bank was then sold to a private investor at the beginning of 2015.

Despite the fact that the past few years created common practices for resolving the disputes related to provision of banking services, the overall resolution of disputes in this area requires  legislation to achieve a balance (compromise) between the interests of all the parties to the respective relations.

Further lack of action to address the existing conflict of interest and unwillingness of the state to resort to unpopular decisions may result in disaster for the domestic banking system, involving complete loss of consumer confidence in banking services, which already finds itself at a very low level.