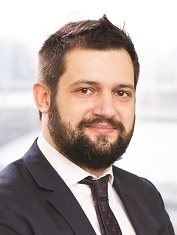 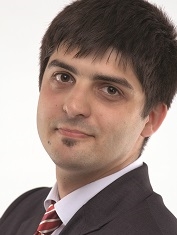 The firm’s attorneys have top-tier law firms experience and offer that same level of service at more reasonable prices.

Our Services for Tech Industry:

Apart of standard legal services, Juscutum has specific expertise in the following areas of the IT business:

— Assistance with obtaining licenses for the sale of dual-purpose goods and services,

— Copyright clearance for media and IT products,

— Creating and lobbying draft regulation in the area of IP, IT and media.

The year 2014 was very tough for Ukraine. Russia’s annexation of Crimea and military invasion of eastern territories shattered all hopes of a fast post-Euromaidan recovery of the Ukrainian economy and a flood of foreign investment. Entire industries began wobbling on their feet, threatening to completely collapse. Despite everything, the Ukrainian IT industry managed to survive and even maintain its growth. It was flexible enough to relocate its human resources from the affected territories, quickly adopt to a new environment and even pull a few rabbits out of the hat.

In 2014 the majority of Ukrainian startups continued to seek incorporation in the US and in Europe. The need for certainty as to the safety of one’s hard-earned funds and intellectual assets was not the only factor in considering foreign incorporation. For years Ukrainian legislation has stubbornly resisted the bare minimum of changes required to help the local IT industry become competitive on the global market without having to incorporate in another country.

In particular, no changes have been made to corporate legislation that would finally enable founders of IT start ups to execute a flexible yet working shareholders agreement. No serious consideration was given to the legal status of corporate options, stock option plans in particular, and convertible loans. Ukrainian legislation has not seen any changes in the realm of electronic documents and electronic signatures that would allow time-critical business to move away from the fuss and sluggishness associated with executing paper documents (e.g. service agreements, acceptance certificates).

Archaic labor legislation, now in its 40s, should also be mentioned as a factor. In particular, this area of the law has not seen a major change since the Soviet era and, not surprisingly, continues to lack any sort of positive regulation that would enable effective non-solicitation, non-competition and non-disclosure agreements, so essential in today’s IT world.

Also, an upsetting fact is that after the victory of the Euromaidan and the pro-western political re-orientation of the Ukrainian government the frequency of dawn raids on IT territory has not fallen. Law-enforcement authorities continued their usual course of groundlessly seizing computer equipment and bringing day-to-day operations of IT companies to a halt. In response to this situation contributors from the IT, consulting and legal communities (including experts from Juscutum) helped Draft and lobby Draft No.1580 On Amendments to Certain Legislation Aimed at Simplifying Conditions for Conducting Business (deregulation) (passed its second reading on 12 February 2015). Among other things, the purpose of this act is to prohibit the physical removal of computer equipment in cases where only a copy of electronic data is sufficient for the investigation.

In the financial realm of the IT industry, investments at national level are still pretty scarce and are offered in relatively small amounts. The majority of startups never reach round A investments due to the immaturity of their products and management. The most sought after investments are USD 100k+ foreign investments, which almost always require the prospective recipient to have a functioning corporate structure with a holding company incorporated in one of the popular jurisdictions around the world.

One of the problems with attracting investments into the Ukrainian IT industry is the relatively large number of ambitious and promising startups and, at the same time, a lack of managers, consultants and financial institutions with the expertise required to bring those start ups to world-class standards. Names such as Petcube, Clickky and Pics.io and few more to mention have managed to emerge on the global arena as exceptions, despite all of these shortcomings.

In 2014 IT outsourcing remained the main driving force and income generator of Ukraine’s IT industry. This business model continued to rely on a massive workforce, a big part of which is traditionally composed of private entrepreneurs. The popularity of private entrepreneurs in the IT outsourcing business schemes has resulted in a growing tension between the IT industry and the Ukrainian government. The Ukrainian government has frowned upon the idea of long-term civil contracts with large teams of software developers, primarily due to the decrease in amounts collected as payroll taxes. The tax authorities even came up with a catchy but loaded term for this phenomenon — “concealment of labor relationship”. This tension reached a climax in February 2015 when the former CEO of Microsoft Ukraine effectively called such a business model an already generous preference for the IT industry and that it would be unfair to expect more preferences from the Ukrainian government. Also, in January 2015 a number of amendments were introduced to the labor legislation, explicitly prohibiting and placing fines for using labor without contractually formalizing an employment relationship with the worker. Interestingly enough, similar trends are being seen in the US: recall the famous Craig v. FedEx ruling from the Kansas Supreme Court (October 2014), in which the court ruled that Kansas drivers for FedEx had been employees, not independent contractors as FedEx claimed, establishing certain criteria for making a distinction between the two and setting a precedent for other industries.

Given the constantly growing demand for qualified human resources in all areas of the IT business and the inadequate supply of IT specialists by national educational institutions, the government and private business have continued to work jointly on various solutions to the problem, which included reforming the country’s education sector, creating private educational institutions and reconsidering the earlier abandoned idea of IT “technoparks”. Understandably, the IT industry had no desire to wait for those solutions to kick in, and so acquisitions of entire teams of developers were a common practice among large IT companies.

Despite the foregoing, in 2014 we also saw some positive trends in IT-related legislation. Here are a few that deserve special mention.

The first is progress with Draft Act No.2306а On Electronic Commerce, which dates back to June 2003 and was intended to set the scene for separate legislation on e-commerce, introducing such terms as distance contracts, electronic transactions, e-signatures, etc., and giving them practical meaning. This Draft, if adopted, should grant legal status to online public agreements (frequently called Terms of Use), simplify the process of executing electronic transactions and identification of the parties. The Draft was last updated in October 2014 and is currently awaiting its second reading in Parliament.

The second is talks in the State Fiscal Service of Ukraine in September 2014 about abolishing the requirement to obtain individual licenses from the National Bank of Ukraine for carring out investments abroad. This requirement dates back to the adoption of the Decree of the Cabinet of Ministers of Ukraine On the System of Currency Regulation and Currency Control in 1999 and currently lacks any real basis for it to be further sustained.

Third, in the middle of 2014 there were serious discussions among IT lobbyists regarding the urgent need to modernize corporate legislation, in particular to give life to the earlier mentioned shareholders agreements, convertible loans and other instruments in that department.

Finally, the Cabinet of Ministers of Ukraine adopted a Decree on 28 January 2015 which, among other things, simplified the hiring of foreign professionals in the IT industry, relaxing formal requirements to prospective employees and making receipt of the relevant permits easier and faster.

By way of conclusion, a promising future for the Ukrainian IT industry is slowly beginning to crystalize. We can only hope that the momentum gained by the industry in 2014 will successfully carry it through 2015.