All is Fair in Love and War 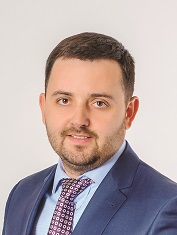 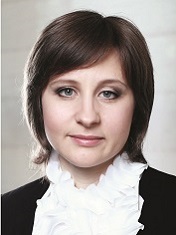 Sayenko Kharenko is Ukraine’s leading law firm with internationally oriented full-service practice and a Ukrainian law representative office situated in London. In 2015, Sayenko Kharenko collected the national Law Firm of the Year Award twice, having been recognized Ukraine’s best team both by 2015 IFLR European Awards and 2015 Who’s Who Legal Awards. For the eighth consecutive year Sayenko Kharenko has nabbed the top spot by number of deals (according to Top 50 Largest Deals League Table by Yuridicheskaya Practika Publishing), and was recognized as one of the two best law firms in Ukraine in 2014. The firm is highly recommended in Ukraine by all major international guides, including Chambers Global, Chambers Europe, IFLR1000, and The Legal 500.

About its International Trade Group

Sayenko Kharenko International Trade Practice Group offers a wealth of experience across the full spectrum of cross-border trade regulation and policy to help clients manage risks and maximize opportunities associated with the increasing regulation of international trade in goods and services worldwide.

Sayenko Kharenko is one of the few national law firms with a stellar team of lawyers experienced with a myriad of complex of rules of the World Trade Organization law (WTO). The firm′s team continually advises foreign and domestic companies, manufacturers, exporters, and importers on the enforcement of the WTO rules. Sayenko Kharenko lawyers advise both Ukrainian and foreign companies on bilateral and regional agreements — free trade and customs union agreements.

Sayenko Kharenko trade lawyers are highly reputed among colleagues and professional community, recommended by leading legal directories for Trade, Customs and Franchising in Ukraine. They also serve as Ukraine’s national experts on agency, distribution and franchising of the International Distribution Institute.

2014 was, indeed, hard for almost all domestic producers due to a range of different external circumstances, to name but a few: (a) political situation in the country (b) annexation of Crimea and hostilities in the Donetsk and Lugansk Regions where vest industrial producers are located; (c) Russia, being traditional trade partner for Ukraine for lots of years, has closed its market both for industrial and food products from Ukraine; (d) most domestic producers were not able to benefit from applied by the EU unilateral reduction or elimination of customs duties on goods originating in Ukraine because of differences in technical regulations.

In the above circumstances, the domestic producers must protect the Ukrainian market from the imports of rivals as well as try to open export markets. As a result, in 2014 Ukraine was quite active in initiating different trade defense proceedings. On the other hand, Ukrainian producers participated actively in the similar proceedings on foreign markets.

Look at Some Data on Ukrainian Market

Notably, 2014 is a landmark for application of lots of different trade defense remedies as well. Particularly, in April the Interdepartmental Commission on International Trade (the Commission) introduced safeguard measures to imports into Ukraine of porcelain kitchen and tableware irrespective of the country of origin and exports. In July 2014 the Commission extended the effective anti-dumping measures applied to imports of ammonium nitrate from Russia and medium density fiberboards from Belarus, while in September 2014 extension of measures on imports of non-isolated iron products from PRC were approved. In November 2014 anti-dumping measures were applied to imports into Ukraine of stainless seamless pipes from PRC.

In September 2014, upon the request of domestic producers, Ukrainian authorities initiated the first in the history of Ukraine anti-subsidy investigation against imports into Ukraine of passenger cars originating in Russia. By way of reminder: in April 2012 the Commission already adopted a decision on application of safeguard duties on passenger cars ranging from 6.46% to 12.95% depending on engine capacity. The said decision entered into force only in April 2013 after its publication with substantial delay and was highly criticized by the international community. As a result, Ukraine faced its first WTO dispute settlement procedure (DS468) initiated by Japan in 2013 and finally was forced to liberalize the measures. Additionally, in February 2015 the Ukrainian authorities terminated the safeguards in respect of hybrid cars.

At the same time, during 2014 the Commission terminated antidumping investigations related to imports into Ukraine of fabric-ply belt from Russia and of suspension polyvinylchloride from the US without application of anti-dumping measures because of the absence of a causal link between the dumped imports and the injury.

Our engagement in trade defense proceedings both in Ukraine and abroad permit us to sum up the following benchmark trends of 2014. All domestic producers have become results-driven and thus, almost all of them involve external counsels from the very beginning, which was previously quite untypical.

As a result, the submissions of the domestic industry have become more comprehensive, substantiated by the relevant evidence and even contain direct references to WTO treaties and jurisprudence.

Moreover, the domestic industries scrutinize choice of the relevant trade defense proceedings to be initiated. Previously, the domestic industries usually tried to initiate safeguard investigations as it is easier to substantiate the required circumstances as compared to the anti-dumping and anti-subsidy investigations where the dumping margin and the amount of subsidy shall be calculated. Additionally, safeguards shall apply to imports of products notwithstanding the country of origin, while anti-dumping and countervailing measures are country-specific. However, after initiation in 2013 of the WTO dispute settlement procedure against safeguard measures applied to passenger cars, the Ukrainian authorities are reluctant to initiate safeguard investigations.

Notably, the domestic industries apply approaches of WTO members with long-lasting successful history of trade defense remedies application. For instance, in the interim and sunset reviews of anti-dumping measures applied to import into Ukraine of ammonium nitrate from Russia the domestic industry applied the EU experience in cost adjustment for natural gas. As a result, the dumping margin for OJSC Dorogobuzh was established at the amount of 40,5% and for OJSC MHK EuroChem was 82,2% instead of 9,76% and 10,78%, respectively, established in the course of the original investigation.

Similar to the domestic market, while participating in the trade defense proceedings abroad, the domestic producers try to be proactive and involve external counsels. As a result, their position in the proceedings have become more substantiated and WTO-compliant.

The Ukrainian producers by involving external counsels submits calculation of the dumping margin at the different stages of the investigation. For example, while answering questionnaires, commenting the dumping margin calculations of the investigating authorities and providing them with their own contra-calculations that is especially important in jurisdictions where authorities submit preliminary and definitive reports to all interested parties with the detailed calculations of the dumping margin for each company (e.g. the EU, the Eurasian Economic Commission). The Ukrainian companies comment on all related issues in details e.g. absence of the injury, non-attribution requirement etc. as well as suggest price undertakings; initiate consultations with the investigating authorities and/or domestic industries of foreign countries, etc.

How to be Successful in Trade Remedies?

The new economic conditions we are facing globally, as well as on local and regional markets, e.g. devaluation of regional currencies, decline in production, sales and exports, increase of production cost, price fluctuations for factors of production and different pace of recovery from the global crisis in the main trade regions, requires to developing a new approach for Ukrainian producers in terms of trade remedies application. This is a key goal and a “home task” both for the Government and for key industries to be carried out shortly. Otherwise, Ukraine may waste time and money as well.

We are of the opinion that trade remedies will continue to be the main trade protective tool both on domestic and external markets. At the same time, one should clearly understand how to use a specific type of remedy in the current turbulent market with the best possible outcome. The point is that one of the main requirements for initiation of a trade remedy such as “imports growth” has not been observed during last two years, due to weak consumer perception and overall decline in Ukraine’s economy. Moreover, formation of production cost was significantly revised due to currency devaluation and shift in factors of production prices. Thus, domestic producers should focus on various shifting options for (a) initiation of trade investigation and (b) furnishing sufficient evidence to apply trade remedy as well.

Tough economic conditions in Ukraine may result in new AD probes against main export positions, such as steel. While sharp currency devaluation remains export-supportive, steel groups in Ukraine are seeing their profits grow because of dollar-denominated exports. In fact, devaluation has made local steel mills world-beaters, as they are paying most of their costs from wages to energy, transportation and logistics in local currency. But their income from exports is in the dollar and euro. Domestic steel demand might contract by five per cent or more, which will automatically translate into mills going all out to boost export sales. Global steel’s flat demand and price falls may force key world steel buyers to ship as much as possible in the world market. As a result, Ukraine is balancing now on the verge of dumping and exporters should take care of their prices.

On a separate note, for those companies considering discovering new export markets (especially the EU one) we would advise to introduce a price export control system. As a matter of practice, Ukrainian companies, as “newcomers” on the EU market, are likely to shift down their export prices and this may cause dumping. This may be a wake-up call for EU industries that according to our experience may initiate an antidumping probe just in half a year after market accession. In such case, price export control should be introduced on a permanent basis and set up for a half a year period in advance.

It goes without saying, that being successful in trade remedies application requires proper economic and legal analysis, which is mostly available only with external consultants.