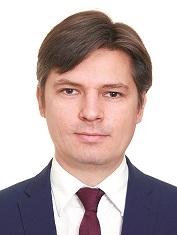 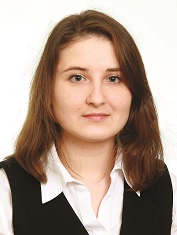 Lexwell & Partners is extremely experienced in mergers and acquisitions, investment, corporate, and litigation practices. Thus, the firm has handled acquisitions by Evraz and its affiliates of the Ukrainian metals and mining assets (YuGOK, Dnepropetrovsk Metallurgical Plant named after Petrovsky (DMZ named after Petrovsky), Sukhaya Balka, Bagleykoks, Dneprokoks, Dneprodzerzhinsky Coking Plant (Dneprodzerzhinsky KXZ)) amounting to about USD 3 billion, acquisition by international cement holding CRH a variety of Ukrainian assets, including Podolskiy, Odessa and Nikolaev cement plants, granite quarries and concrete plants, and their further modernization for a total of over USD 500 million, advising on litigation in the High Court of Justice in London on the assets of Ferrexpo (Poltava GOK), a top 500 LSE-listed company with more than USD 1 billion market capitalisation, representation in USD 100 million National Oil & Gas Company litigations, representing interests of East Metals in the course of arbitration as per USD 50 million dispute, etc.

The firm is widely recognised as one of the most reputable Ukrainian law firm. The professional level of its lawyers is highly ranked in legal market researches by Ukrainian Law Firms, LexQuorum, The Legal 500, The Kyiv Post, Yuridicheskaya Practica Weekly and others. Thus, since the moment of Lexwell & Partners foundation and years afterwards (2005 — 2012), the leading Ukrainian legal periodical Yuridicheskaya Practica Weekly listed the firm among the Top 5 Ukrainian Law Firms ranked by revenue per lawyer. In 2008, Lexwell & Partners came in first place in Ukraine’s largest M&A deal rating (USD 3 billion); in 2009 and 2012 — in the largest litigation case rating (USD 1 billion). In 2013, among top 10 cross-border M&A transactions in Ukraine for 2011-2013 published by Forbes, 20% of transactions were handled by our lawyers. The M&A experience of Lexwell & Partners was recognized in Legal 500 and the leading English-language publication The Kyiv Post listed partner Andrey Kolupaev among the Top 5 Lawyers in Ukraine.

The last year was extremely challenging for Ukraine in many respects — politically, economically and socially. The country is going through a difficult period in its history, which greatly complicates the process of improvement of its investment climate. For one thing, Ukraine has never progressed so far towards European integration, and a significant milestone in this process was the signing of the Association Agreement with the European Union. Ukrainian producers have achieved unprecedented preferences when importing their products to the European Union countries, which opened up new opportunities for many industries. For another, the number of economic and political upheaval that shook the country undoubtedly delayed the development of its investment attractiveness. And, to cap it all, the hostilities in Eastern Ukraine have bought uncertainty in forecasting when any improvements of the current situation can be expected.

Although there was a boom in lawmaking in many areas that required immediate reform, investment regulation remains almost untouched (except for some related legal developments in business deregulation and taxation). Nevertheless, on the wave of anti-crisis measures implemented by the Ukrainian Government to resolve the economic problems in the country, there have been some legal changes that affect the foreign investor’s rights. Thus, the National Bank of Ukraine (the Central Bank) issued Decree No.758 of 1 December 2014 On Regulation of the Situation in the Money and Currency Markets of Ukraine whereby some investment return operations were restricted for the period of the Decree’s effectiveness. Particularly, the following operations in foreign currency were banned:

— return of funds received by a foreign investor from an over-the-counter sale of securities issued by the Ukrainian issuers (other than Ukrainian government bonds) abroad;

— return of funds received by a foreign investor from sale of equity interest in a Ukrainian company abroad; and

— return of a foreign investor’s dividends abroad (except for listed securities dividends).

The good news is that these restrictions are temporary and will be in force only until the Decree’s expiration on 3 March 2015. However, nothing restrains the Central Bank from issuing a new Degree and extending the restrictions for an additional term. This assumption is supported by the fact that the above restrictions were first imposed by the Decree of the National Bank of Ukraine No.591 of 22 September 2014 which amended the Decree of the National Bank of Ukraine No.540 of 29 August 2014 On the Introduction of Additional Mechanisms to Stabilize the Money and Currency Markets of Ukraine in force until 2 December 2014. Furthermore, the other monetary market anti-crisis measures introduced by the temporary decrees have been in force since spring of 2014, and once the effect of the National Bank’s Decree comes to an end it is replaced by another one.

In this respect, the Central Bank calls to be sympathetic to the temporary restrictions imposed as they have been caused by the huge outflow of capital outside Ukraine and are aimed at eliminating this process. It is noteworthy that the concerns of the Central Bank are grounded as, according to the Memorandum of Economic and Financial Policies by the authorities of Ukraine released by the International Monetary Fund, the outflow of capital from the country in the first half of 2014 was valued at USD 2.3 billion, while according to the various expert’s estimations this figure is much higher — at least USD 15-20 billion.

Regardless of any macroeconomic reasoning, from a legal perspective the restrictions imposed by the country’s Central Bank contradict both Ukrainian investment law and the country’s international commitments under a large number of BITs to which Ukraine is a party. Pursuant to Ukrainian law, foreign investors are guaranteed that, upon payment of taxes, duties, and making other mandatory payments, they are free to transfer abroad without any delay profits, revenues and other funds in foreign currency legally earned as a result of their investment.

As was mentioned above, though restrictions on the capital outflow imposed by the Central Bank are temporary emergency measures aimed at stabilizing the monetary and currency market of Ukraine, given the hostilities in Eastern Ukraine there could be no accurate forecast when these restrictions will be lifted. Therefore, the rights of foreign investors to receive their investment income may be violated in the long-term.

Ukrainian investment law as well as the international treaties acceded and ratified by Ukraine provides for a broad range of tools for protection of the foreign investors rights in the event of any kind of infringement of their rights. Particularly, foreign investors may seek remedies through (i) appropriate local Ukrainian courts; (ii) the European Court of Human Rights, and (iii) in investment arbitrational institutions.

One of the possible ways to protect the rights of foreign investors is to file a claim with an appropriate national court in Ukraine. Under the laws of Ukraine, foreign investors have the right to judicial protection on an equal basis with Ukrainian residents. In such cases, the legal action should be initiated by the foreign investor against the appropriate government authority, natural or legal entities, but not the State of Ukraine itself.

Frequently, litigation in a national court may be seen by foreign investors as lacking the objectivity that an investor desires. As a matter of practice, Ukrainian courts tend to apply Ukrainian domestic laws even if they fall short of standards and rules provided by international treaties. Therefore, the national courts are often not the last resort in settlement of investment disputes.

The European Court of Human Rights

Another option to protect investor’s rights is applying to the European Court of Human Rights (ECHR). The Convention for the Protection of Human Rights and Fundamental Freedoms (the European Convention), Protocols thereto, and practice of ECHR set the right of individuals and legal entities to file an application on violations of the Convention rights by the State of Ukraine with ECHR. In cases relating to investment protection, the applicants (claimants) refer, as a general rule, to the provisions of Article 1 of Protocol No. 1 to the European Convention, which guarantees the inviolability of ownership and provides that no one shall be deprived of his possessions except in the public interest and subject to the conditions provided for by law and by the general principles of international law.

If upon consideration of the investor’s claim the ECHR finds that the state is violating their rights under the European Convention of Human Rights, it may award monetary compensation for damages caused to the foreign investor. In addition, the ECHR award against Ukraine should be the reason for the government authorities to address systemic violations of the Convention, including by making relevant amendments to legislation.

One more effective option to protect the investor’s right is filing an application to international arbitration institutions, and one of the most reliable international arbitration institutions is the International Centre for Settlement of Investment Disputes (ICSID). The ICSID jurisdiction covers the countries which acceded to and ratified the Convention On Settlement of Investment Disputes between States and Nationals of other States (the Washington Convention 1965), including Ukraine.

A wide range of persons has the right to apply to the ICSID, and the main criterion which should be taken into account in this respect is the place of the investor’s incorporation, which should be different from the place of investment. In contrast to ECHR, the Washington Convention and ICSID procedures dispenses an investor from the requirement to exhaust local remedies. Usually, the specific requirements for submitting a dispute for resolution to ICSID are set out in the relevant BIT concluded between Ukraine and the country of investor origin.

It is noteworthy that ICSID is a rather popular institution among disputes initiated by foreign investors against Ukraine. Thus, since the extension of the jurisdiction of ICSID to Ukraine in 2000 12 investment disputes has been initiated against Ukraine by foreign investors at the ICSID, with 10 of them having already been settled and two still pending.