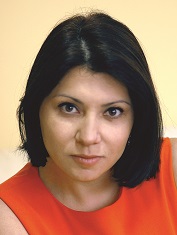 AGA Partners Law Firm was founded in 2005 and this year is celebrating its 10th anniversary since it was established in Kiev by a group of young and promising legal professionals.

Aminat Suleymanova has been the firm’s managing partner since its very foundation.

It is worth noting that since 2006 AGA Partners has been the exclusive legal advisor of the Grain and Feed Trade Association Kyiv Office (GAFTA Kiev Office). AGA Partners is an actual member of GAFTA and FOSFA (The Federation of Oils, Seeds and Fats Associations).

AGA Partners has been constantly advising and representing clients in international trade cases before English arbitration tribunals and courts. One of the most prominent recent cases involves two of the largest Ukrainian agrarian holdings and is now under consideration at the High Court of Justice.

In 2015 AGA Partners became an associated member of the European Business Association in order to share its priceless experience with other participants of this notable organization as well as to help promote further developments in Ukrainian legislation based on a European background.

For many years the corrupt and complex system of certifying imports has been the greatest barrier for Ukrainian importers. Despite the accepted international practice, all products in Ukraine were subjected to double certification — certification by accreditation bodies in the partner states and mandatory recertification in Ukraine. Subsequently, the cost borne by importers has greatly increased and the EU exercised higher means of agricultural market protection than Ukraine. Average import duties for agricultural products of Ukrainian origin into the EU are 7. 42, while import duties in Ukraine for goods originating in the EU are 6. 41. But things are about to change.

EU-Ukraine Association Agreement: What is Behind It?

Agricultural products along with apparel, textile and non-ferrous metals are Ukraine’s primary export to the EU. The food industry holds the highest share (25%) as to the number of enterprises performing on EU markets1. The parties to the AA (Ukraine and the EU) have undertaken mutual obligations to cancel the import duties for agricultural goods (standstill rule, Article 30 of the AA). However, the EU gives Ukraine a 10-yearhead-start (15-year for sunflower), within which all the tariffs shall be eliminated. The EU has so far removed 82.8% of the staging categories for Ukrainian agri goods. The EU-Ukraine Free trade Zone grants duty-free tariffs for beef, poultry, pork, cereals and some other products in the agricultural sector.

Who will Benefit from the EU-Ukraine AA?

The AA offers two possible ways for the businesses to exercise their right to trade, which are quotas and the licensing system. The regime determines who controls the right to clear the goods through the customs (exporters or the importers) and hence, earn extra profits.

Quotas are applied to reduce the quantity of importing goods to the EU and raise their price. Import quotas are administrated by the EU community, stipulating the limits of import volumes. Once the limit is reached, the surplus is subject to the common customs regime. The EU allows import on a first-come-first-served basis.This implies that Ukrainian importers have to compete to clear their goods through customs. Those who win the competition get monopoly power, with some expenses incurred due to competition.

The licensing system operates in another way. Under this regime, the exporting country — Ukraine issues the export license that specifies the exporter and the export volumes pursuant to the license. EUR — 1 certificate of origin qualifies Ukrainian traders for the use of trade preferences. Form A certificate serves Ukrainian producers as anentry ticketto the European market. It may help to avoid some bureaucratic checks. Currently, the certificate form is issued by the Ukrainian Chamber of Commerce (UCC). With the Free Trade Area coming into force, the UCC will transfer its functions to the customs offices. Only those, who obtained the valid license, will manage it through the border. Unlike the first-come-first-served system, licensing prescribes that the monopoly power over the import is assigned to the importer through the license but not by means of winning the race-to the-border competition. Furthermore, there is no need to share the monopoly profits with those exporters who also managed to meet the race-to the-border requirements.

Another question is whether consumers tend to benefit from the new rules. There is a common assumption that mutual relief in trade tariffs between the EU and Ukraine is meant to contribute to the reduction of costs for consumers. Nevertheless, quotas tend to be much costlier than tariffs in the course of import protection of Ukrainian suppliers. Sometimes, quotas increase monopoly power for domestic producers, which results in higher costs for consumers.

But, in any case, the quotas regime should not be undermined. Quotas have a number of preferences over the tariffs. A quotas regime can offer more stable protection over time than can a tariff. Also, when a state seeks to apply the quota preferences unilaterally (for its own benefit), tariffs are more likely to trigger a foreign responsive action than quotas. Recently, Ukraine has demonstrated an example of how the state can apply restrictions unilaterally. I would like to highlight this particular issue in the next paragraph, since it raises some important questions.

Extra Duties from the Side of Ukraine — Violation of Preferential Regime?

It is presumed that extensive import volumes can be harmful for the internal economy of Ukraine. In this case, Ukraine can evoke a special protective mechanism pursuant to para 2 Article 31 of the AA: “…Ukraine may introduce safeguard measures for export duties as set out in Annex I-D to this Agreement…”

It means that there is a possibility to impose extra charge on import duties in case export duties lead to a certain negative effect for Ukrainian national industries.

On 28 December 2014 the Ukrainian Parliament has adopted the On the Measures to Stabilize the Balance Payments of Ukraine in Accordance with Article XII of the General Agreement on Tariffs and Trade 1994 Act of Ukraine, that introduces additional import duties. The Act is of temporary application (for a period of 12 months) and meant to be a measure to increase revenues to Ukraine’s budget (preliminary estimates USD 17.6 billion). The Act still awaits approval from the specialized Committee of the WTO but it has already drawn strong critics from the side of the European Community.

The WTO rules prohibit setting quotas or imposing duties above the established tariff rates unilaterally. Nevertheless, imposition of duties can be tolerated under certain conditions. The state can imply extra duties in case of a deteriorating balance of payments, subject to exception. Given to the recent irregularities of the Ukrainian market, it is a forced measure aimed at protecting the weakened economy.

This is an example of how Ukraine can turn its weaknesses into strengths and use it for the benefit of Ukrainian domestic producers.

According to the State Statistics data, the increase in export rates for the 10-month period (starting from 23 April 2014) amounted to 10-12%. Wherein, agri goods account for the majority of Ukrainian exports. Nevertheless, Ukrainian traders haven’t exercised the offered quotas in full.

According to the statistics, the only quotas that were exhausted for the prescribed period are the quotas for honey, grape and apple juice and canned tomatoes. It could be explained with the rather small volumes established for these particular goods. The overall quotas for grape and apple juice, as well as for canned tomatoes account for 10,000 tons and 5,000 tons for honey.

Another successful position that has been used almost in full is cereals. The surplus left is less than 0.01% (full volume of permissible export accounted for 6.3 tons).

Relatively good results in the course of quota scheme usage have been demonstrated by oats’ and garlic exporters. The quota for malt export was used only partially (2,000 out of 7,000).

As for other Ukrainian exports, the quotas have been hardly used by suppliers — 0-15% out of possible use. This is true for milk and meat exporters, as they still await EU export permits. In the best scenario the EU will issue the valid permits by the end of this year and that means that the usage of the quotas should not be expected earlier than 2016.

What could be possible reasons for such misuse?

There is the assumption that the costs related to the new technical standards and conformity assessment are unbearable for some Ukrainian producers. But labeling and marketing standards are not new for Ukrainian business, as they have been in use. Those who acted in compliance with standards before will find no difficulty after the Free Trade Zone (FTZ) regime comes into force; others will have to face sanctions. This leads to the rise of monopoly among Ukrainian producers, limiting opportunities for the other players.

Another reasoning would be intense competition from European producers. It is hard to beat that competition, especially for newcomers. For example, barley export volumes to the EU last year were much less than expected, whereas barley is considered to be one of the most prospective Ukrainian export patterns. The sharp increase in supply and good harvest of barley in France did not justify the expectations of Ukrainian suppliers. The prices of local producers were much less than those offered by Ukrainians and, as a result, Ukrainian barley was incompatible with cheap European barley.

The lack of partnership relations sometimes ties the hands of some producers. It has particular impact on new actors. Those who had long established relations with European contractors before continuing to occupy key positions in the market and intensify their influence.

Notwithstanding the obstacles mentioned above, Ukrainian producers have good prospects to enter the European market. Ukraine might request stepping up and broadening the scope of the duty-free regime (Article 29 of the AA). The Ukrainian government has already applied to the EU Commission to expand the tariff quotas for the positions that has been exhausted.