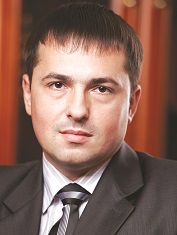 Antika Law Firm was founded in 2010. The firm provides legal services to national and international companies that do business in Ukraine and abroad.

The firm’s main principles are high quality and timely legal services, strict confidentiality and a bespoke approach to every client’s project.

The firm also advises the World Bank, the European Bank for Reconstruction and Development, NEFCO, USAID on energy and utility efficiency projects implementation in Ukraine.

On 25 December 2014 the Verkhovna Rada of Ukraine adopted the On Introduction of Amendments to the Tax Code of Ukraine regarding Peculiarities of Adjustment of Tax Liabilities relating to Corporate Income Tax and Value Added Tax in Case of Application of a Tax Compromise Act of Ukraine, or what can be simply defined as On Tax Compromise Act that had been announced a long time ago. At the same time, when the stated Act entered into force, namely on 17 January 2015, the work of the State Fiscal Service of Ukraine with business entities became more intense. As a coincidence, investigation work on criminal proceedings related to evasion of taxes was renewed. When performing such activities the officials from the tax service offer the directors of the companies to apply a tax compromise, namely to pay five percent from the amount of disputed tax liabilities and to forget about constant examinations. It should be mentioned that at first sight such an offer may really seem applicable at least for those cases where the possibility of the company to have a positive result from appealing the respective decision of the tax authority in court is relatively low. However, the decision on whether or not to accept such an offer shall be made only taking into account the following points. On the one hand, the company saves 95% of the disputed amount of taxes as well as resources on court and criminal cases consideration but, on the other, the company exposes its employees (officials) to criminal risks that may appear to be incommensurable.

According to the adopted Act, the tax compromise is a way of taxpayers and their officials to release from legal responsibility at the expense of corporate income tax and value added tax evasion. In order to use such a compromise, the taxpayer shall apply to the State Fiscal Service with a respective request.

So, amendments to the Criminal and Criminal Procedural Codes of Ukraine stipulate that company officials shall be released only from the criminal responsibility for willful evasion from tax payment in accordance with Article 212 of the Criminal Code of Ukraine. But, actions related to the underestimated tax liability in practice are often considered not only according to Article 212 but as well as other Articles of the Criminal Code for which the person shall bear criminal responsibility even if the tax compromise procedure was applied.

Thus, the establishing of a company’s tax liability is always connected with the filing of respective information into the tax reports performed by its official. If the official underestimated willfully the amount of tax liabilities, consequently it also filed information that is known to be false and is considered as a separate criminally punishable act. Such acts were always qualified by the law— enforcement bodies according to Articles 212 (evasion of taxes) and 366 (forgery by the official).

In addition to this, having taken a decision to agree on a tax compromise, the company, and, respectively, the official accepted the fact of tax liabilities underestimation and that is why it will be rather difficult to deny the crime commitment provided by Article 366 of the Criminal Code of Ukraine (at the same time accepting the guiltiness according to Article 212).

It is true that not long ago the heads of the investigation department of the fiscal service, probably understanding the existing gaps in the On Tax Compromise Act, stated that filing information that is known to be false shall be considered as a way to commit a crime (in other words is shall be qualified separately as an act of forgery by the official according to Article 366 of the Criminal Code of Ukraine). But how can we refer such a new point of pre-trial investigation body with a number of guilty verdicts rendered by the courts in similar cases in accordance with Artic- les 212 and 366 of the Criminal Code of Ukraine? So, only after making the respective amendments to the Act will it be possible to say that there is no risk related to bringing to criminal responsibility the official in line with Article 366.

In addition to this, there is a widespread situation when the company performs certain financial operations, the result of which has an effect both on calculation of the amount of income tax and on paid VAT that the company requests to be recovered from the budget. If the underestimated amount of the income tax falls within the essential elements of the crime provided by Article 212 of the Criminal Code of Ukraine, the amount of VAT that should be recovered from the state budget according to Article 191 of the Criminal Code of Ukraine (appropriation, embezzlement of property or its acquisition through abuse of authority) is considered by law-enforcement authorities as a committed crime, or as an attempt to commit a crime depending on whether or not the money was transferred from the state budget to the taxpayer’s account. Applying the tax compromise, for instance, related to underestimated income tax liability, the company agrees that it is a financial transaction, on the basis of which the amount of the income tax was reduced, was performed illegally (is fraudulent). So, taking into account the above-mentioned circumstances VAT recovery requested by the company on the basis of this financial transaction shall also be considered as illegal and shall, respectively, fall within the qualification as a separate criminal offense according to Article 191 of the Criminal Code of Ukraine.

However, the provisions of the On Tax Compromise Act do not apply to this article of the Criminal Code of Ukraine. So, according to Article 212, it is possible that the criminal case related to the official of the company that used the tax compromise procedure can be closed due to the underestimated tax liabilities but, at the same time, according to Article 191 of the Criminal Code of Ukraine it is possible to bring this official to criminal responsibility for recovering VAT from the budget. In addition to this, the ultimate sanction of Article 191 is considerably larger in comparison with the decriminalized Article 212 of the Criminal Code of Ukraine (imprisonment for a term ranging from seven to twelve years according to Article 191 and penalty in the amount ranging from fifteen thousand to twenty thousand tax-free minimums of citizens’ income in accordance with Article 212).

Thus, it is possible to say that the tax compromise procedure offered by the State Fiscal Service of Ukraine to the representatives of business does not guarantee in full the enforcement of rights and legally protected interests of the business entity, that is, its officials. Today, companies are offered acceptance of a compromise with the tax authority only “on their word of honor” that the officials of the companies will not be brought to criminal responsibility because the current legislation does not include such guarantees. Moreover, we also should take into account the reverse situation. The company that accepted a tax compromise may in future suffer pressure from the tax authorities (while conducting new investigations, or on other criminal proceedings etc.), on the pretext that the company underestimated tax liabilities before and admitted it. There is a circumstance that can be used as an absolute confirmation of all the above-stated. When the tax compromise procedure appeared a number of companies received it with caution and their attitude to it quite reasonable. Now, most companies do not use this procedure despite its economic attractiveness.