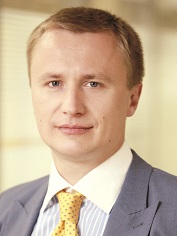 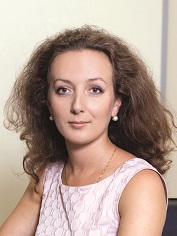 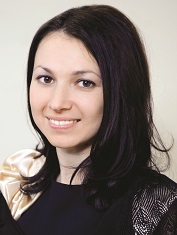 Arzinger is an independent law firm headquartered in Kiev and having its regional offices in Western and Southern Ukraine. For over 10 years, Arzinger has been among the legal business leaders providing high-quality legal support to clients throughout Ukraine. The firm’s numerous clients include top representatives of international and local business.

Arzinger employs highly qualified professionals with vast hands-on experience in a wide range of legal matters, deep knowledge and understanding of the local market, international education and background. The firm has a team of over 70 seasoned legal professionals led by 7 partners. All of them are acknowledged among leading experts on the Ukrainian legal market and are recognized by reputable international and local rankings. As a result, Arzinger can offer extensive legal assistance to effectively support a variety of complex and challenging transactions, including cross-border matters.

With a view to providing its clients with high-quality services Arzinger has established successfully operational French, Austrian and German Desks within the firm, which efficiently serve French and German speaking clients in Ukraine as well as Ukrainian and Russian companies operating on international markets.

There are factors which determine the development of national markets and competitive conduct of market players. Among them are considerable participation of the state in the development of certain strategic industries, attempts on the part of big business to preserve its share even through significant cuts in profitability, openness to radical measures to change the business management model (including the tendency to falling back to strict centralization).

Recent changes in the political environment and especially commitments arising from the Association Agreement between the European Union and its Member States, on the one hand, and Ukraine, on the other hand (Association Agreement) restrain the state’s susceptibility to support the national producer, which otherwise would slow down already sluggish capital circulation. It is necessary to mention that further developments in competition policy and legislation should fall within the spirit of the documents and practice of the European Commission. This legal obligation is straightforward in the light of Articles 255-256 of the Association Agreement. In particular, the above articles provide for several obligations to be fulfilled by Ukraine within set timelines. For example, to adopt and publish a document explaining the principles to be used in the setting of any pecuniary sanctions imposed for infringements of competition laws; to adopt and publish a document explaining the principles used in the assessment of horizontal mergers; to approximate its competition laws and enforcement practices to the part of the EU acquis as set out in the Agreement, etc.

Peculiarities of National Competition Legislation and its Enforcement

The system of legislative regulation of competitive relations in Ukraine has a traditional structure and consists nominally of two parts: protection against unfair competition governed by the Protection against Unfair Competition Act of Ukraine and counteraction to anticompetitive behaviour (concerted actions and abuse of dominance) as well as merger control governed by the On Protection of Economic Competition Act of Ukraine.

The unfair competition most frequently investigated by the Antimonopoly Committee of Ukraine (the AMCU) includes dissemination of misleading information. Exactly this infringement “deserves” unprecedented fines on the most socially oriented markets such as pharmaceutics and healthcare, FMCG.

Investigative approaches to infringements harming competition such as an attack on a commercial secret or boycott of an entrepreneur by clients or employees remain underdeveloped. Naturally, these are infringements that are especially hard to prove, require unconventional approaches and careful attention to detail.

The problem of proving anticompetitive agreements (the term “cartels” is not integrated into legislation though widely used by practitioners) is as topical for Ukraine as for any other jurisdiction. There is also a special provision in Part 3 Article 6 On Protection of Economic Competition Act of Ukraine qualifying parallel (similar) behaviour of market players, lacking objective reasons, as an anti-competitive agreement. This provision is widely criticized by  practitioners as giving too much discretion to the antitrust authority and making it possible to be punished for mere following in competitive behavior.

Approaches to proving the anti-competitive effect of vertical agreements are also just being established. Still, the method of trial and error applied by the AMCU may become very expensive for the business which is forced to take a proactive position and prove otherwise. After all, relying completely on the initiatives of the antitrust authority and acting only after imposition of a big fine might make it impossible to refer in court to arguments which could back up the case.

This question is especially critical in the context of establishment of the abuse of dominance as in this case it is crucial to determine the market borders that fall into exclusive competence of the AMCU. In particular, in the course of an investigation the defendant may present its arguments and its market analysis to the authority, and the Committee is obliged to react thereto by either agreeing with them or proving why the defendant’s position as to its market power is wrong. According to court practice on such cases, the power of the court is limited to examination of the algorithm based on which the antitrust authority has established the market border. That is, the court is not entitled to determine the market borders itself based on the case file if it disagrees with the Committee’s conclusions. Still, the court can find that the Committee’s conclusions are wrong and, therefore, the decision on infringement is unjustified. It is easier for the court to make this decision if it has at its disposal a complete economic assessment.

The system of merger control in Ukraine is known for its low notification thresholds, legally set in 2001, which have not been reviewed since then. In particular, a transaction shall be subject to mandatory preliminary notification to the AMCU if the merging parties met in their assets or turnover (taking into account their relations of control including abroad) for the year preceding the transaction EUR 12 million jointly, EUR 1 million — each of at least two merging parties and any party — EUR 1 million in Ukraine. Moreover, obtaining clearance may be a very burdensome procedure and not always reasonable given the logistics of functioning of Ukrainian markets. The approach to merger analysis is formal rather than effect-based. In this context foreign-to-foreign transactions are modifiable in Ukraine subject to meeting aforementioned financial thresholds by the merging parties and irrespective of involved markets. Moreover, the notification procedure is obligatory at the pre-closure stage, otherwise the merging parties may face a revenue-based fine for violating the obligation to go through the merger clearance procedure, which can amount up to 5% of the merging parties’ annual revenues.

Following the logic mentioned at the beginning of this article we expect that the forthcoming changes will concern: a) introduction of a procedure for notification without provision of all scope of the information; b) revision of the thresholds with regard to a realistic level of the national market with a view of international markets; c) introduction of the efficiency analysis approach in the procedure and methodology of mergers analysis.

The defence strategy in each particular case of an alleged anti-trust infringement shall be carefully lined up as due to the lack of methodology on the fine calculation, the discretion of the AMCU is only limited by the amounts of the maximum fine: 5% for unfair competition, 10% for cartels and abuse of dominance.

Business and the National Antitrust Authority

As already mentioned above, the most “sensitive” businesses in terms of the focused attention of the AMCU are first of all consumer-dependent ones (such as healthcare and pharmaceuticals, FMCG). This is proved by the well-known large-scale AMCU investigations of the Ukrainian retail market, where the major 18 food retailers are involved, as well as of the Ukrainian pharmaceuticals market, where at least 10 foreign suppliers and all of the biggest Ukrainian distributors have been investigated. The AMCU alleges anti-competitive concerted actions that result in a price increase for end-consumers in both cases.

Besides, industries like the automotive, construction materials, energy and fuel are also of the grestest interest for the AMCU. However, depending on the economic situation in the country, the list of “priority” industries can be significantly enlarged. As can already be seen, the enforcement practice of the agency is actively extended by new cases and investigations of new scales: the evidence basis of higher level, number of companies involved, fines applied. For example, last year for misleading information placed on packages of foodstuffs a company was fined the sum of UAH 40 million (app. EUR 2.6 million as of the time of the fine). Last summer the PJSC Poltavaoblenego (regional energy production and supply company) was fined UAH 50 million (EUR 2.5 million as of the time of the fine) for abuse of dominance, etc.

Because of the state of the Ukrainian economy as well as anticipated strengthening of the AMCU’s investigative powers, we can predict that the antitrust agency will be even more active as regards social markets as well as in other areas.

Thus, due to recent investigations and enforcement practices of the AMCU, one may confidently state: business in Ukraine has realized that antitrust regulation shall be taken into account. The next step should be to raise legal awareness (first of all, by marketing departments and personnel responsible for company’s trade practice and price establishment policy). As the next and very recommendable step follows elaboration, implementation as well as constant monitoring of antitrust compliance programs. After all, it is better to prevent infringement than deal with an investigation and its consequences.