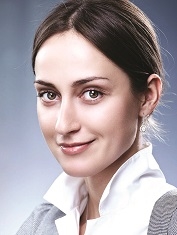 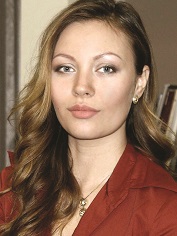 Vasil Kisil & Partners is a leading independent multi-disciplinary Ukrainian law firm with a thriving international and national practice. We work as a trusted adviser on high-profile local and international matters and cater to large domestic and global corporate clients, including many Fortune 500 companies.

In Ukraine, the Vasil Kisil & Partners brand is synonymous with great depth and breadth of legal expertise and experience, which has created superior value for our clients since 1992.

It is no big secret that the banking and financial system of Ukraine currently finds itself on a burning platform. Both banks and their clients have mutual trust issues which have a negative impact on lending tendencies in times of crisis. According to the press release issued by the International Monetary Fund referring to discussions held during the Vienna-Ukraine Financial Forum in November 2014 in Brussels, Ukrainian banks stood ready to expand lending to support the real economy as reforms progress and economic conditions improve. However, considering the financial and geopolitical instability in Ukraine that has evoked a currency deficit and the Ukrainian hryvnia’s devaluation, modern economic conditions are very far from the stage of improvement, as are borrowers, from available credit funds. Therefore, providing substantial loans to business has turned from trend to exclusion in today’s conditions. The current scenario in lending business contributes to growth and promotion of other financial and banking projects extending commission income of the banks. In light of the emerging general trend of shifting services to the Internet, development of e-commerce in banking and financial sector is encouraging customers to take benefits from new-born online services, certain of which have fallen under our review. Meanwhile, the market has to deal with insufficiency of sectoral regulation, which, on the one hand, encourages development of e-commerce projects without extra administrative limitations and restrictions but, on the other hand, puts e-commerce business to the mode of legal uncertainty increasing the risks for conducting business in this field.

E-money products are becoming increasingly popular today, especially due to restrictions imposed by the National Bank of Ukraine (the NBU) for the period of financial market instability. One of the major advantages they provide  is the possibility to make payments without involving banks. Therefore, payment transactions effectuated with e-money instruments are rather hard to trace and verify, like cash operations. Naturally, this does not make state authorities happy. Among other things are the non-transparent and complicated identification process, the lack of experts in cybercrime who would be able to effectually deal with illegal actions in the field, considerable risks of money laundering and financing of terrorism, which becomes increasingly relevant in view of the current situation in Donetsk and Luhansk Regions. All those factors reasonably give rise to concerns of the NBU and FATF on the security of e-money payment transactions. This situation forces the NBU to tighten the e-money market control, compel businesses to obtain an approval of the NBU for their activities associated with electronic payments, and impose certain restrictions on operations effectuated with e-money instruments.

The first one among the NBU restrictions is that, unlike in Europe, electronic money in Ukraine can be issued by banks only. Therefore, current e-money projects are coming from either sole bank initiatives or from cooperation between banks and non-banking financial institutions, however, there are also those which fail to comply with this requirement and attach other than e-money labels to their business that is actually carried out with e-money instruments. Furthermore, the currency of e-money must be UAH only, which restrains one of the most world famous electronic payment systems from entering the Ukrainian market. Moreover, the NBU has established certain amount limitations. In 2014 new thresholds were provided by NBU Resolution No. 378 dated 19 June 2014. Thus, payment transactions with “top up” e-payment instruments, namely pre-paid cards issued by one of the Ukrainian banks, were limited to UAH 35,000 per calendar year. Limitations were also imposed on payment transactions effectuated by individuals with prepaid cards, with transaction amount of UAH 500 per day and UAH 4,000 per month. It is worthy of note that the above-referred limitations affect electronic payment systems, which are approved by the NBU and carry out transactions with issued e-money. The unapproved ones could be further operated without those restrictions, resulting in some inconsistency and inequity. On the whole, the law in this field is extremely rough and underdeveloped.

In 2014 the EBA worked proactively with its members on implementing the new cash-out service to be provided by companies working in the retail trade and public catering. Implementation of such an innovative service would benefit both customers, bringing their cash-out possibilities beyond bank premises, and banks providing acquiring services to merchandisers. Considering that acquiring service market does not currently encourage banks to raise tariffs due to high competition, extension of the market itself would be a perfect development for the field. Generally, this service is justified by existing Ukrainian laws. However, its implementation is on hold due to the lack of developed instruments and clear positions from regulators. Although the NBU has supported these services, referring to the general procedure of conducting cash transactions as approved by Resolution No.637 of 15 Decem- ber 2004, the position of the fiscal authorities is still an uncertain one.

During last year several banks launched P2P (person to person) online payment services. The projects serve to effectuate in Ukraine instant money transfers for cardholders of Visa and MasterCard issued by any Ukrainian bank. From the legal perspective, there are certain tools of legal writing applicable to underlying agreements for such deals. Considering the lack of face-to-face contact between parties, all terms and conditions of online payments are agreed with the help of “ticking” and “clicking” at the respective P2P service web pages. One of the main risks in such online execution is the absence of the customer’s written approval to use his or her password digitally generated at the P2P service web page as his or her electronic digital signature. Considering clients authorize banks to process their personal data and warrant not to use P2P service for money laundering and fraudulent transactions, the lack of due execution of such underlying agreements creates additional risks. Usually, banks tend to mitigate such risks by involving third parties to the contracts and limiting transferred amounts up to UAH 15,000 per transaction, a threshold when customer due diligence for P2P transfers is not required.

B2P vs. Customer Due Diligence

In fact, customer due diligence is another important legal issue which had to be reconsidered by online financial service providers after adoption of the Anti-Laundering Act No.1702-VII that came into force on 7 February 2015. Next to proper risk mitigation strategy with regard to online agreement execution, proper conduct of customer due diligence is an important task for non-banking financial companies interested in providing B2P (business to people) micro-lending online services. Some of these projects are currently at the “ready-steady” stage, while others have already been launched accepting existing legal risks.

It is important to understand that the law has introduced the notion of “verification” to the context of Ukrainian financial monitoring laws, providing for in-person confirmation of the client’s identity with the received identification details. Inter alia, the Anti-Laundering Act imposed an obligation on financial institutions to obtain official documents or their certified copies for customer due diligence purposes directly from the clients or their representatives. Prior to this, poor drafting of the previous Act on the issue, No.249-IV of 28 Novem- ber 2002, created certain loopholes for financial service providers to avoid direct interaction with clients.

On the other hand, the Anti-Laundering Act now provides for the possibility for financial institutions to delegate customer due diligence and verification functions to third parties, just like in some European countries. Taken as examples, UK and German financial companies may rely on customer due diligence conducted by a trustworthy third party, such as a bank, insurance company, a notary or a public postal service provider. In Ukraine, the respective delegation procedure must be yet set by regulators.

As for now, current e-commerce products can benefit only from additional exclusions set by the Anti-Laundering Act like, for example, no necessity to conduct customer due diligence for the purpose of servicing some payment transactions in the amount up to UAH 150,000 if no bank account is opened for a new client. Such a “minimum transaction threshold” approach is also consistent with German and Slovak practice where transactions under EUR 15,000 are free from mandatory customer due diligence procedures.

Notwithstanding the existing risks and challenges, we should go forward to keep up with new technologies and be on the same page with the rest of the developed world, which means that Ukraine should further focus on developing its laws and improving its technical instruments to ensure the security of e-commerce transactions.

The European touch in recent legal novelties related to e-commerce, including the adoption of the Anti-Laundering Act, is both natural and legitimate in the light of the Ukraine-EU Association Agreement. The next step is implementing E-commerce Directive 2000/31/EC, that is aimed at creating a unified legal field for e-commerce deals, absence of which indeed inhibits fair and productive development of this market in Ukraine. According to the Plan for implementation of 2000/31/EC Directive approved by the Ukrainian Government’s Resolution No.162-p of 4 March 2015, creation of the working group on e-commerce and drafting of the E-commerce Act is scheduled for the current year. In fact, the Draft E-commerce Act No. 0957 of 27 November 2014 has been re-registered with the Parliament of Ukraine after receiving the approval in principal of its former composition and prepared for the second reading. All in all, taking into consideration the challenges of unfavorable situation on the financial and currency market in Ukraine, we have a strong hope that the law-drafting activity would be effective and the market could benefit from the target E-commerce Act as early as this year.

In the meantime, we hope that the legislative initiatives that have been already implemented and those still to be introduced in the near future would welcome new providers and new e-commerce products on the banking and financial service market in Ukraine.