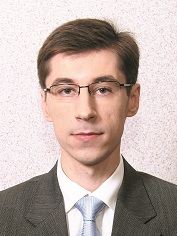 Konnov & Sozanovsky is a full-service law firm oriented towards providing comprehensive legal advice to Ukrainian and international clients. Since 1992 it has proved to be justly recognized as one of the leading law firms in Ukraine.

The firm practices an individual approach in each case, taking into consideration the peculiarities of a client’s business and its preferences. The firm’s rich experience covers legal advice of matters in such industries as advertising and design, agriculture, banking, energy and power, food industry, insurance, investment and the equity market, light industry, media and telecommunications, pharmaceuticals, publishing, real estate and construction, software, spirits industry, tobacco industry, trade and distribution, veterinary production.

Konnov & Sozanovsky is an exclusive member of First Law International (FLI) — the specialized international legal network, which has been operating on the legal market since 2003 and has already succeeded in integrating the most competitive law firms from more than 60 countries from all over the world. This allows FLI members to provide high quality legal assistance to clients in all major legal systems, thereby saving clients considerable time and resources, while maintaining service quality and confidentiality of information transferred.

The firm is ranked among the top Ukrainian law firms in accordance with annual surveys by the Yuridicheskaya Practika Weekly in 2014-1997.

The firm is recognized by major international legal surveys such as PLC Which Lawyer?, IFLR 1000, Legal 500 and Chambers Global. Specifically, the Chambers Global and Chambers Europe publications recommend Konnov & Sozanovsky in the IP field. According to the Legal 500 publication Konnov & Sozanovsky is recommended among 1st tier law firms in the sphere of IP as well as among 2nd tier law firms in the tax sphere. IFLR 1000 acknowledges the firm in the sphere of M&A. Annual publications of PLC Which Lawyer? recommend the firm in IP, competition, corporate/M&A and private equity/venture capital.

The legal framework for financial leasing in Ukraine was established in 2008 and has not undergone any major changes since that time. The main piece of legislation that governs financial leasing in Ukraine is the Financial Leasing Act of Ukraine. Also, the total number of leasing companies registered by the supervising authority in Ukraine, the the Financial Services Commission, has remained more or less constant over the last years, averaging 250 — 270.

Still, in the course of 2014 and also this year companies that operate in the financial leasing sector have encountered many challenges. Some of those were due to the rapid downfall in the Ukrainian economy and thus common for other companies doing business in Ukraine, while others were specific for the leasing business.

Apparently, the country, which is de facto at war and is losing territory, cannot offer a favourable business environment. Many businesses, especially in heavy machinery and construction industry, have dropped dramatically. Considering that industrial companies have always been the key clients for financial leasing companies, the general effect on the leasing business was severe.

Also, despite the fact that prices and payments under most of the leasing contracts in Ukraine were historically pegged to a foreign currency, Ukrainian courts throughout the last few years were quite consistent in their unwillingness to award the currency exchange difference to lessors. As a result, leasing companies were not able to compensate their losses under the existing lease contracts caused by the rapid devaluation of the Ukrainian national currency. That is not to mention the financial burden of the loans taken to provide operational financing for the day-to-day operations, often denominated in foreign currency.

The blow was worsened by legal restrictions that followed the occupation of the Crimean peninsula and warfare in East Ukraine. Among those were mobilization (in particular, the military transport duty) and international sanctions prohibiting certain transactions with respect to Crimea.

The military transport duty was introduced by Article 6 of the Mobilization Act of Ukraine with the purpose of satisfying the transport needs of the Armed Forces and other military formations during a special period for vehicles and technical equipment. For leasing companies providing for the operation of industrial engineering vehicles, especially in the eastern part of Ukraine, and their clients this military transport duty on many occasions resulted in temporary expropriation (but for an uncertain term) of their property for defense needs.

In this respect there was significant concern among the business community that a total nationwide mobilization for many participants means the risk of bankruptcy and liquidation. Luckily, this scenario didn’t happen, though there was much work for legal specialists to ensure that military transport duty was enforced in accordance with established legal regulations.

Warfare and occupation which resulted in de facto loss by the leasing business of the key clients operating in Crimea and eastern industrial regions also generated international sanctions. Some of those backfired on the Ukrainian leasing companies, and it was a peculiar example how the globalization may impact private business in different jurisdictions. In the main it was about Executive Order No.13685 of 19 December 2014 by which the President of the United States of America ordered prohibiting measures with respect to the Crimean Region of Ukraine.

The most important with the aforesaid prohibition were two things.

Second, the prohibitions were meant to apply notwithstanding any contract entered into or any license or permit granted prior to the effective date of this Executive Order.

Consequently, US shareholders forced their Ukrainian subsidiaries to terminate all contracts with the customers registered in Crimea in spite of huge losses. Despite that many other legal options were discussed, including novation of such contracts to other lessors, primarily in Russia, or assignment of proceeds thereunder, the schedule was very tight and many chose to simply forgive all the debt to their Crimean clients and give away the leased machinery.

Interestingly, those Crimean lessees who formally moved their businesses to mainland Ukraine and acquired new registration, as required by Ukrainian legislation, namely the On Establishment of the Free Economic Zone Crimea and Special Aspects of Economic Activities on Temporarily Occupied Territory of Ukraine Act of Ukraine (the Business in Crimea Act), were thus not able to benefit from the US prohibiting measures with respect to the Crimea. Their leasing contracts remained valid and binding.

On the upside, our contacts in the leasing companies, both international and local, maintain that the situation is gradually improving. Undoubtedly, there is great demand for industrial engineering vehicles in Ukraine, and with not enough money to purchase machinery outright, many prefer to spend less in the long run by owning it and build equity through ownership. This is especially true for machinery that will be owned for five or 10 years or longer. With a more or less established legal framework for financial leasing, the trends will depend on the government’s economic policy and, of course, on how things will develop in the eastern Ukraine. Keep your fingers crossed.